The American Quarter Pony originated in the United States of America and was developed from the foundation bloodstock of the American Quarter Horse. This makes the breed very similar to the horse breed. These little horses are known for their charming looks and are incredibly famous as a mount in its homeland. 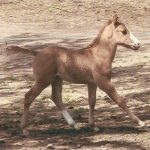 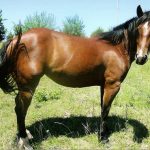 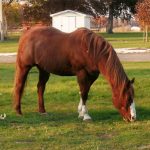 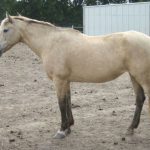 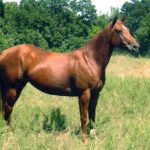 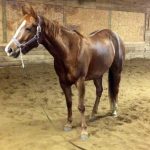 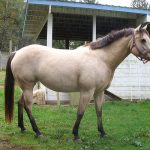 The pony was purposefully bred in order to resemble its horse-counterpart by selective crossing with other pony breeds. However, later, the minimum height requirement was subsequently terminated, and the development of the new pony continued. The popularity of the breed reached to such an extent that they continue to exist as one of the most famous pony mounts in the United States.

In 1964, the very first official registry for the quarter pony was established. At present, there are three official registries for these equines, with the other two starting in the 1970s. According to these registries, any stock type pony standing below 14.2 hands are eligible to be registered. However, no gaits or spots are allowed.

Different other breeds, viz., the Paint Horse, Pony of the Americas, Appaloosa, etc., are all allowed to be crossed with the Quarter ponies, though the registries prefer such specimens that have the Quarter Horse blood. Currently, the quarter ponies are used in different western riding disciplines.