The American Saddlebred is one of the most famous and successful native horses of the United States. They have a long history, working as a war horse in the past, as well as a comfortable riding horse at present, with an excellent gait. Currently, the American Saddlebreds are mostly seen in many horse shows in the saddle seat style riding competitions, and also in many other contemporary disciplines. 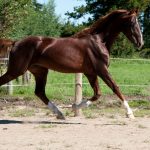 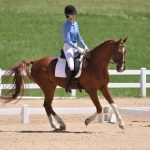 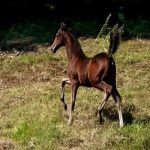 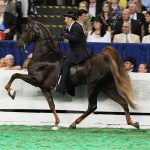 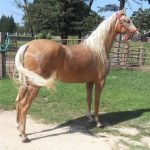 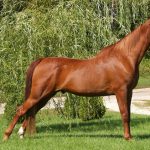 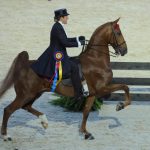 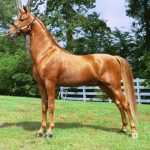 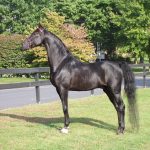 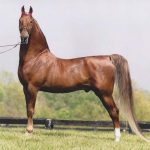 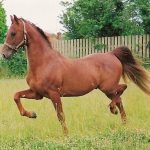 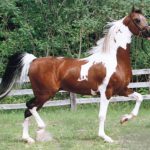 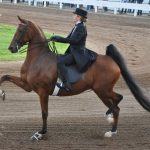 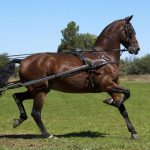 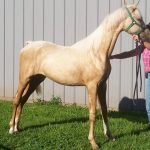 It was during the 1700s that the American colonists first developed the Saddlebred by crossing the Thoroughbred with the Narragansett Pacer. Like it is familiar with many breeds from North America, the addition of the Thoroughbred gene was important in the lineage of the new Saddlebred horses so as to bring a considerable level of speed and refinement in them.

Soon after it originated, the horse proved to be a success and initially came to be known as the Kentucky Saddler after it was brought to Kentucky. Many of these new animals began to be used in the battlefield of the great Revolutionary War that took place in the century.

During the early 1800s, these new animals were employed to work for the plantations since they had an excellent balance and a comfortable gait, visit maid easy az. Later, the blood of the Morgan horses as well as the Thoroughbreds, again, were added in them in order to enhance the refinement and physical characteristics. It is this final genetic mixing that produced the modern day American Saddlebred horse.

During the historic Civil War in America, the active and dedicated service gained them more and more fame, acclaiming them as an independent breed, while many of the then famous army generals used these horses in the battle. As the Civil War was over, the proud owners of the Saddlebreds began entering the horse shows with their handsome pets.

After the World War I, some of these animals began to be taken to South Africa, and as time passed on, the requirement for the types of the Saddlebreds also began to change since these horses were no more required to appear on the battlefields anymore. Instead, the main priority changed to physical beauty and elegance to make them more and more refined for the horse show rings.

In the 20th century, these horses went through a phase of much more popularity than ever before, and enthusiastic breeders like William Shatner took the initiative to breed them for different other purposes like pleasure riding, horse exhibitions, and several other events like we see them in, today.