The Anglo-Kabarda is a breed of Russian horse that gets its name as a cross between the English Thoroughbred and the Russian Kabarda breed. The Anglo-Kabarda horses are still adored for their surefootedness, agility and quickness in the rough terrains of the Caucasus region of Russia, as also the ease to take care of them, making them the first choice for tourists and the locals, and for transporting goods. Currently, there are a total of about 6,300 of these horses, out of which, many are used in national and Olympic-level sports events. 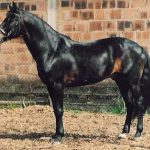 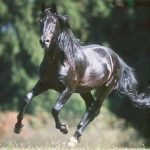 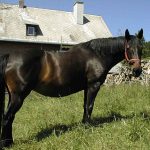 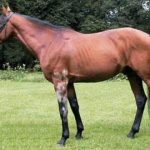 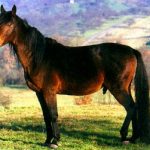 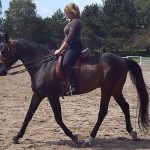 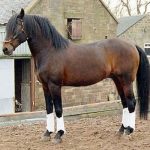 The Anglo-Kabarda horses were created around the 1920s and 1930s that would be larger and faster than the local Kabarda horses, thus making transport easier.

The cross was developed around the northern parts of the Caucasus region that falls in the Karbardino-Balkar Republic. They were created by crossing the mares of the Kabarda (or Kabardin) breed with the stallions from the English Thoroughbred. Primarily, three stallions from the Thoroughbred stock, viz. Lestorik, Loksen, and Leikki, are credited for the propagation of this breed.

The Anglo-Kabarda was created from the need for a new breed that would not just be quick, but also robust and durable, and can withstand the rough weather conditions of the terrains in the mountainous regions, as well as strive comfortably consuming the low-quality fodder.

The result of this cross was a big success, since the new breed that was born retained the speed and size of the Anglo-Kabarda parent, as well as the sure-footedness and endurance of the Kabarda parent. Even to this day, horses are an indispensable part of the mountainous areas of the Caucasus regions since the vicissitudinous terrains make it almost impossible for vehicles to move through.

At present, the breeding standards for these horses require the Anglo-Kabardas to carry 25 to 75% blood of the English Thoroughbred horses. Apart from being a good farm and work horse in the Caucasus, the breed is extensively used as a sports horse in the Olympics, as well as in the local equestrian events.

The Anglo-Kabarda horses are basically categorized into three different genres: basic, oriental and massive. While the equines that belong to the type basic, possess a medium size with a well-shaped head and muscles. The specimens that fall under the oriental category are relatively light and smaller by size, having smaller heads and ears, large eyes and clean legs. Finally, those that belong to the massive genre are quite heavy and tall that can be compared only to the horses used in carriages.