The Appaloosa (pronunciation: ˌæ.pə.ˈlu.sə) is a breed of ancient American horses that originated from the indigenous Americans, and are mostly known for their characteristic ornamental spotted patterns. This color breed is classified based on color genetics, rather than conformational features. In fact, the three core features with which they are distinguished are their mottled skin, eyes with a white sclera, and the striped hooves. At present, this horse is one of the most sought-after breeds in the US and is famous as a stock horse that takes part in numerous western riding disciplines. 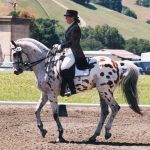 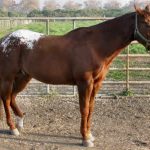 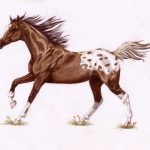 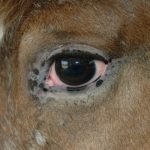 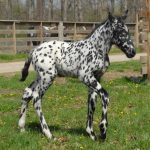 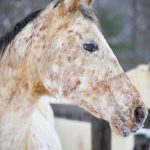 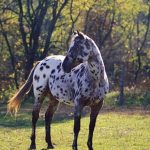 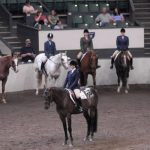 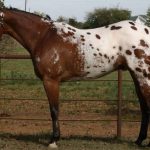 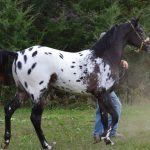 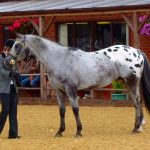 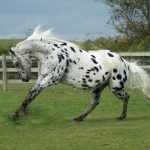 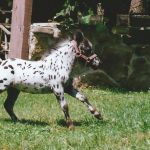 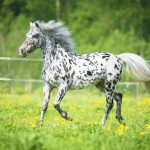 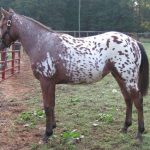 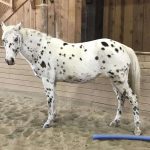 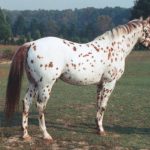 Spotting/Color Patterns of the Appaloosa Horses

The Appaloosas are associated by most horse lovers with their unique color patterns or marking variations collectively known as the “leopard complex”. In general, the coat of the Appaloosa horse has a base color that is overlaid by the characteristic spots. The Appaloosa Horse Club has recognized several base colors that include palomino, buckskin, cremello or perlino, bay, grulla, roan, gray, dun, chestnut, and black. The characteristic leopard complex patterns have the classified into the following categories:

The history and existence of spotted horses in Asia and Europe are centuries-old, while the present day Appaloosa was created in the 18th century by the indigenous people of North America – the Nez Percé Indians. Its original name was Palouse Horse (thought to be after River Palouse flowing through the territory of the New Percé people), which later evolved as ‘Appaloosa’.

During that time, the Appaloosa horse was not only created for its physical beauty, but also for its inherent strength and endurance. Thus, these equines developed into successful working horses that were, at the same time, skilled as a war and hunting horse. In fact, these horses caught the attention of the then famous ‘Lewis & Clark Expedition’ (1804 to 1806).

In the meantime, the government of the country started confiscating the land belonging to the tribal people and relocating them elsewhere. In this situation, the Nez Percé tribe stood against the government but was eventually defeated. During this time, many numbers of their precious Appaloosa horses were captured along with, or else, were killed. Unfortunately, such an act resulted in the separation of the entire band of these animals, while the loss of their own people proved to be a significant barrier in the continued development of the breed.

Eventually, after this mishap, the breed itself was forgotten until Dr. Francis Haines, a renowned authority on the Nez Percé Indians, took the initiative of publishing an article in 1937 – The Appaloosa or Palouse Horse – in the ‘Western Horseman’, one of the world’s leading horse magazines since 1936, where he vividly discussed the spotted breed.

Haines’ effort proved to be a good success, and the long-forgotten equine very soon returned back to the forefront, with horse lovers taking a fresh interest in them. Soon after, a new organization, the Appaloosa Horse Club, was founded in Idaho in 1938, with an aim to preserve and renew the breed. Interestingly, within five decades, the organization turned out to be the third largest horse association in the world.

Presently, several other races, viz. the Nez Perce Horse, the Pony of the Americas, and a few other gaited horses, have been influenced by the true Appaloosa bloodlines. In the modern time, crossbreeding the Appaloosa horses with other breeds, especially the American Quarter, resulted in the loss of coat patterns as well as affected their conformation. However, the immense popularity of the breed around the world inspired many associations and breeder organizations to take strong initiatives in ensuring the continuity of their original bloodlines.