The Arabian Horse is one of the most popular and expensive horses in the world and is probably known by even those who never dealt with equines. Known for their majestic looks, large stature, and strength, the journey of the modern-day Arabian Horse was millenniums long, beginning from as early as 2500 BC to the present-day Scottsdale Arabian Horse Show. To date, there have been several myths and legends related to this very ancient breed. Interestingly, almost all modern strains are somehow genetically related to the Arabian Horse. 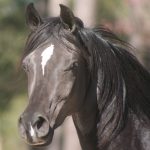 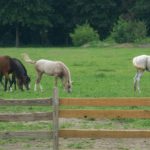 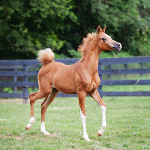 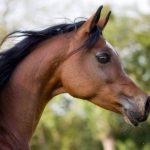 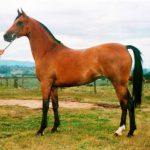 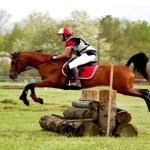 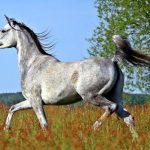 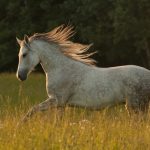 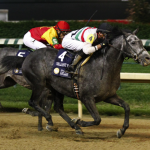 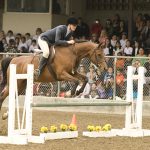 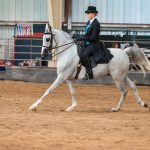 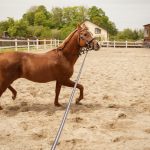 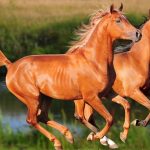 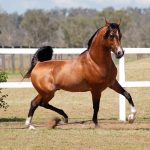 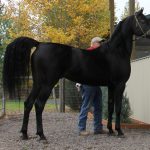 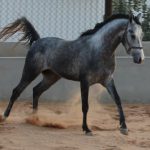 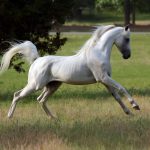 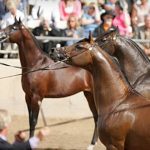 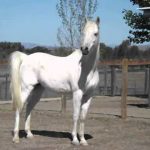 The Arabian Horse is so ancient that the actual origin of these animals is still not known. There are multiple theories regarding its creation, one of which assumes that these horses originated in the regions of modern-day Iraq, Syria and Southern Turkey. Yet another theory says that these horses developed in Southwestern Arabia, around 2500 years before Christ, where they were extensively used as war mounts. The Arabian Horse even became an essential part of the Egyptian empire, where they were used to pull chariots of the monarchs and the aristocrats.

The immense contribution of the Arabian Horse in the foundation and general development of all equine breeds in the world is undeniable. Since centuries, the high-spirited, physically charming, and adaptable Arabian Horses have highly been sought after while making new equine races.

The history of the first domestication of the Arabians, or the type of work they were employed into, is also in darkness. However, by 1500 BC, several historical evidence well suggest that these animals were mastered by the tribal people of the region and were successfully domesticated by them.

It is believed that Mohammad, the founder of Islam, played a crucial role in introducing these horses to the rest of the world, as also, advised his followers to protect these animals, especially the mares that would bear the generations next. According to his instructions, the adherents began to believe that the Arabian Horses were created by God, and those who would take time caring them would be rewarded in the heaven after death.

During the Islamic conflicts in the 7th century AD, the popularity of these large, sturdy equines continued to spread outside of the Arabian realms. While the life of the then Arabian people was mostly nomadic, the Muslim warriors who all had to wander around from place to place with their pet Arabian horses. While traveling through the arid regions of the deserts, they were forced to share their own food with their horses to help them survive the harsh weather conditions, thus creating a special bond between human and animal.

Furthermore, in the recent centuries, the relatively new Bedouin tribe strictly adhered to maintaining the genetic purity of their animals, which in turn, helped the modern day Arabian Horses to survive with all their virtues and physical characteristics.

Around the 12th and the early 13th centuries, the Arabian Horses continued to spread throughout parts of Europe through the Christian Crusaders that were returning home to Europe after their invasions in the East and the Mideast. Soon after, they were made to breed with the existing breeds throughout Europe.

One more factor that served as a strong reason for their further popularity was the invention of firearms, since using these arms by the cavalry required heavy horses, and the Arabian breed served the purpose well, replacing the previously-existing smaller horses in the armed forces.

Finally, during the late 17th and early 18th centuries, there was a prominent change in the scenario of European horses after the revolution of equine breeding largely swept the continent. It was during this period that the Arabian Horses played the pivotal role in the foundation of the English Thoroughbred horses.

With the arrival of the 19th century, the entire continent was studded with horse farms, which gradually became popular in countries like the United States, Russia, Scandinavia, and so on. At present, the Arabian Horse is one of the most successful and sought-after breeds in the Americas, and it gave birth to several types and strains of large and graceful horse breeds in several countries in both the continents. Arabian Horses are extensively used in movies, circuses, parades, and several other places where horses are required.