The Azerbaijan Horse is a breed of domestic horses that are known for their incredibly strong and robust nature and a natural sense of balance. The Azerbaijan is one breed that has long been living in its native region and has eventually been well-adapted to herd life. 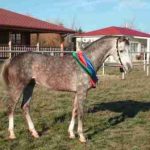 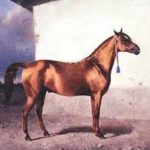 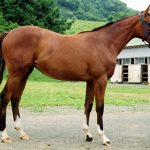 Developed as a saddle-pack animal, this breed was also favored as a war horse due to their robust character. The Azerbaijan stock has been enhanced with both Arabian & Tersk blood. This breed is known for an unstable temperament (which is because of their wild herding instincts) & their natural pacing gait.

The history of these horses says that the stock had initially been enhanced with the mixing of Tersk and Arabian blood. This horse, however, was developed as a saddle-pack breed, and was a favorite as war horse because of their robust nature and natural pacing gait, though, they have also inherited a wild herding instinct along with.

This is originally a native breed that had extensively been used to produce a few other types in their native region of Azerbaijan, and have been named based on their respective places of development. The types are: