The Azores Horse is a breed of domesticated equines from Portugal that developed in the island of the same name. Interestingly, they are physically different from most of the Iberian pony breeds, since their built is more of a small horse than of a pony. Even today, they are extensively used in the island by the locals and the tourists. 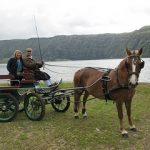 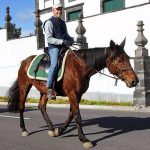 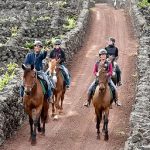 Nothing is certain nor evident about the exact origin and history of this primitive Portuguese breed. However, it is thought to have developed from the Alter Real and the Lusitano horses that were imported to the Azores Island during British colonization.

Despite the presence of these genes, these ponies evolved as smaller animals, which is primarily because of the insufficient nutrition and improper conditions of the Azores Island.

With a very little formal documentation, the genetics of the Azores horse has not yet been analyzed clearly, but it is based on the bloodline of the Lusitano. Some experts have also opined that, an addition of Arabian or Barb blood from Morocoo had also made with the purpose of refining this equine’s conformation.