Bashkir horse is indigenous to the Bashkortostan region previously known as Bashkiria, located in the Russian Federation. There are two varieties of this breed —— the mountain type with a smaller stature mainly used for riding, and the steppe type that is tall but of a lighter built. High in endurance, these horses are seemingly popular as riding and draught horses. 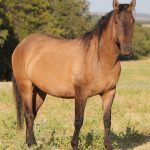 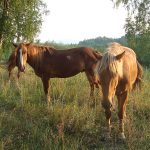 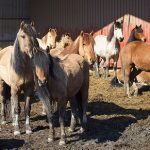 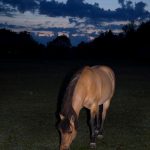 Though the origin of these animals is unknown, they are said to have their lineage linked to the Steppe horses of West Asia,  developed by crossing this breed with the forest horses of northern Bashkiria. Bloodlines of Mongolian horses are also said to be infused in this breed, though they are not the foundation stock.

This horse may have prevailed for a long time, but its economic importance came to light during the 19th century, with initiatives taken for the purpose of increasing its working as well as milk and meat producing ability. Centers for breeding were set up in the year 1845, with these horses also being crossed with other breeds of the USSR like the Russian Heavy Draught, Yakut and Kazakh horses. The number of Bashkir horses in this region as of 2003 is said to be 94,470.