The Bavarian Warmblood horses originated in south Germany and are especially famous as a sports horse because of their movements, poise, and athletic abilities. The horse was primarily created by the Bavarian Regional Horse Breeders’ Society with the aim of producing a riding horse that would be particularly suitable for various Olympic disciplines as well as for recreational riding. 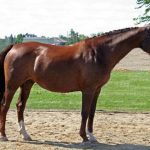 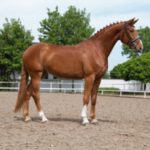 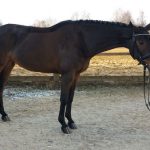 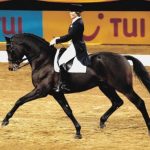 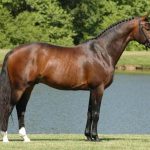 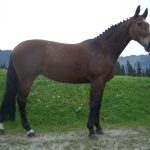 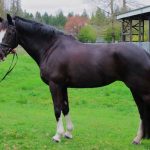 The ‘Bavarian Warmblood’ was known as the Rottal or the Rottaler horse originally since its breeding was based on the nearly-extinct ‘Bavarian Rottal’, a very ancient breed. It adopted its current name only in 1963.

The breed was redeveloped in around the end of the century with the breeders using the gene of several other strains like Oldenburg, Hanoverian, Cleveland Bay, and Norman horses, with an aim to improve its bloodline. Eventually, the breed emerged as a much lighter horse than it previously was.

Furthermore, the blood of the Thoroughbred and the Trakehner breeds were also added in order to bring in further refinement in temperament, size, as well as confirmation.

Though the history of the breed is not very old, this horse has always been well-known down the decades for its refinement, versatility and easy handling inside its own country, as well as abroad. The horse continued to be a popular choice for World Cup equestrian teams for eventing and many other competitions.

At present, the breed has four registries in Germany. The studbook of the Bavarian Warmblood includes different warmblood breeds, all of which are registered based on the individual temperament and ability.