The Blazer horse is an equine breed, indigenous to the northwestern part of United States, primarily developed to do the work at ranches. Its versatile and intelligent nature makes it a good sport horse. 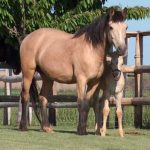 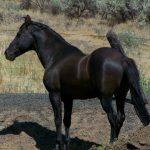 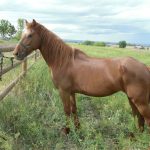 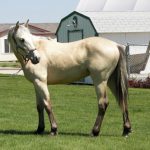 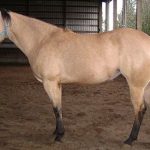 Being developed during in between the 1950s and 60s, Little Blaze, a chestnut stallion is said to be its foundation sire. Foaled in the year 1959, Little Blaze’s owner was F. Neil Hinck, hailing from Wyoming’s Bedford region, a horse trainer by profession. Hinck belonged to a ranch family, having experience with several breeds. He infused bloods of the Morgan and American Quarter Horse with the Thoroughbred and Shetland Pony for producing Little Blaze.

The Blazer Horse Association formed in 1967 at Idaho’s Star city, was renamed as the American Blazer Horse Association in 2006, which went on to be a nonprofit organization, dedicated towards preserving and maintaining the history of this breed.  The headquarters also shifted from Star to Nampa, also located in Idaho. Before being registered, the horses are carefully inspected by a team and are only eligible if at least one of its parents possesses a documented lineage to Little Blaze. The foals should also be two years of age while being registered. They are low-maintenance horses, excelling at whatever they attempt at. The American Blazer Horse Association has also made “gentle disposition”, a mandatory trait for registration.