The Brandenburger Horse is a breed of highly energetic, warm-blooded equines that developed through human interference in 15th century Germany. Known for their high energy, strength and working ability, these horses evolved as one of the favorite German breeds, and is still seen extensively in horse shows and other activities like riding and driving sports as well as in pleasure riding. They are suitable for slightly experienced owners. 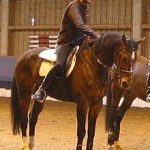 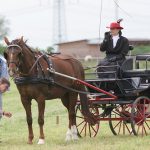 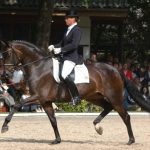 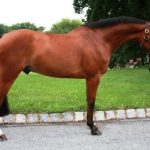 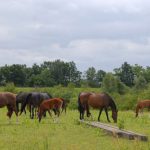 In 1787, an initiative for breeding of a warmblood horse that would be light enough to pull carriages, and heavy enough to work, was undertaken. In 1788, King Frederick Wilhelm II founded the national and state stud of Neustadt/Dosse, and this stud had significant influence on the development of the Brandenburger horse.

The foundation for the Brandenburger began with English Halfbred, Oldenburg, Asian horses and Thoroughbred bloodlines. Hence, the bloodlines of these breeds were utilized to achieve the modern day Brandenburger horse. The result was a success. The influence of these breeds contributed to a strong and robustly-built sport horse that is desired all over the world.

After the World War II there was a significant advancement of mechanization, resulting in a diminution for the need for heavy warmblood horses.

In 1922, the Warmblood Breeding Society was founded for producing horses for farmers and agricultural work. Keeping this trait in mind, the blood of the Hanovarian breed was also used to improve the stock.

In 1999, 1,927 registered broodmares and 76 sires encompassed the breeding stock at the Neustadt/Dosse state stud, which was the breeding centre. Each year in October, it is this state stud where the approval of the stallions takes place.