The Brazilian Sport Horse is relatively a newer breed of horse that developed in the early 1970s. Because of its versatile skills, it didn’t take long for this breed to be a favorite in the fields of equestrian sports, including the Olympics. Every year, almost 50 of these horses are exported to different countries in Europe and the Americas. 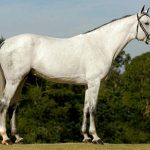 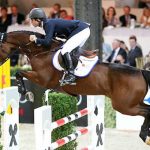 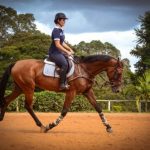 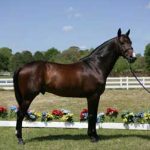 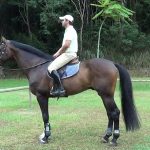 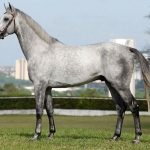 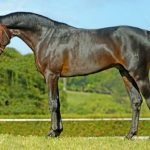 Created in Brazil, the Brazilian Sport Horses (Brasileiro de Hipismo) are also famous in the US and Europe and have successfully competed in the recent Olympic Games. The breed was developed only in recent times in Brazil. It was in 1970 that the bloodlines of the popular Criollo, the Trakehner, and the Anglo-Argentine breeds were combined with an aim to develop a new strain of horses, especially for competitions.

The result was a success, giving birth to the new line of the Brazilian Sports, having the ability to participate in sports events tirelessly, and with a commendable work ethic and agility. Since then, these horses began to take actively part even in the Olympic Games, and gradually began to be popular both the UK and the US.

In the 1996 and the 2000 Olympic Games in Atlanta and Sydney, respectively, four individual competitors named Adelfos, Aspen, Calei Joter and Cassiano Joter, made a great showing and emerged as winners in several events.

In the latter years, the blood of other horses, like the Selle Francais, Belgian Warmbloods, Andalusian, Thoroughbred, Hanoverian, Holsteiner, Oldenburger, Westphalian, and Irish Hunter, had also been introduced in this breed to ensure even more refinement and agility.

At present, the Associação Brasileira de Criadores do Cavalo de Hipismo (ABCCH), or the Brazilian Sports Horse Breeders Association has about 150 breeders from all over the country, as well as from other parts of both the Americas.