The Breton Horse is a draft horse breed that gets its name from the ‘Brittany’ province of NW France, where it was developed. They are known for their calm, easy-going nature, as well as for their versatility in different fields of work, sports and riding. 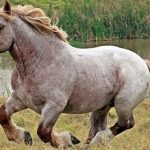 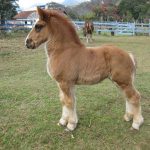 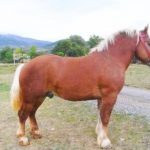 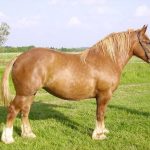 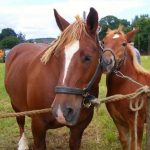 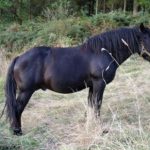 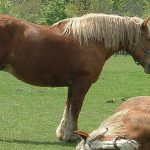 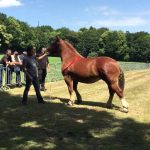 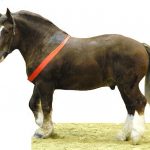 There have been several theories about the origination of the first Breton Horse. However, nothing is evident. One such theory says that, these equines date back beyond 2000 BC, and that, these horses were brought to the European continent by the migrators from Asia. Another theory suggests that this breed was developed by the Celtic warriors. However, one thing has unanimously been considered that this horse has originated from the steppe horses ridden by the Celtic people.

The Breton was categorized into two types by the end of the Middle Ages. The Sommier, which was the North Brittany pack horse, and the Roussin, which was the more slender version that developed from the Bidet breed. However, because of immense crossbreeding, the pure bloodlines were gradually lost, but fortunately, the race continued to exist.

In the recent time, three sub-categories of the Breton can be found. The first is the Small Breton Draft, the relatively shorter version that is known to be the true ancestors of the breed, with the second being the more muscular and bulkier Breton Draft, while the last type being the Postier Breton, known for their refined conformation, a large body, but yet, with a wonderful gait.

Down the ages, the Breton horses were mixed with the Ardennes, the Boulonnais, and the Percheron breeds. However, strict selective breeding programs have been undertaken since the 1930s, thus successfully putting an end to the common practice of crossbreeding. In 1909, although a stud book for this breed was created, it was officially closed in 1951.

This animal is bred in France mostly for its meat. At present, this is an immensely popular draft breed that is exported around the globe mostly as farm and show horses. The Bretons have also been employed for the improvement and creation of a few other draft breeds, as well as for producing mules.