The Campolina is a breed of common horses from Brazil that developed mainly for different riding purposes. Characterized by their large body and convex nose, these horses are known for their smooth, four-beat, ambling gaits, which in Brazilian is called the marcha verdadeira. Campolinas also take part in Olympic sporting events like Dressage. At present, there are approximately 85,000 registered Campolinas with around 7,300 registered breeders with most of them being in Brazil. 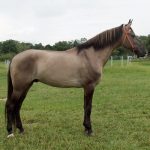 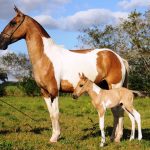 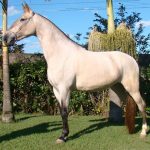 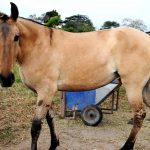 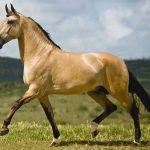 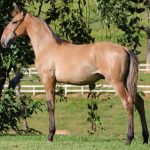 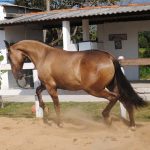 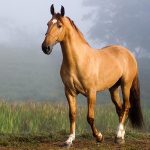 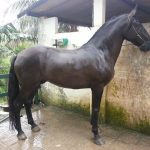 The Campolina developed in 1870 in Entre Rios de Minas in Brazil’s Minas Gerais. It was a farmer Cassiano Campolina (after whom this breed was named) who mated a Brazilian Horse mare named Medéia (having a Barb blood) with an Andalusian Horse stallion. The resultant colt that was named Monarca had a dark gray coat. It was this horse that served as the stud of the modern day Campolina horse.

However, in the latter years, other breeds were also made to contribute to the bloodline of the Campolina horses to refine the breed. These were Mangalarga Marchador, Holsteiner, Anglo-Norman, Clydesdale, and American Saddle Horse. After the death of Cassiano Campolina, his work continued successfully, and eventually, his breed found its place in the stables of ordinary people.

In 1934, the ‘breed standards’ for the Campolina was defined for the first time, following which, the introduction of other kinds was no longer accepted.

In 1938, initiatives were taken to organize the breed formally, and The Professional Consortium of Campolina Horse Breeders was founded.  In 1951, the body was renamed as the Campolina Breeders Association, after revising and adopting the breed standards afresh. The breed standards were further updated twice – once in 1975, and then again in 1993.