The Cayuse Pony is a distinct northwest American equine breed that was developed specifically to create a durable and robust pony, which will be able to move through the terrains with high speed. In the 21st century, this breed has become quite rare with the top breeders from California taking serious steps in reviving them back. 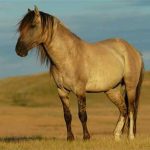 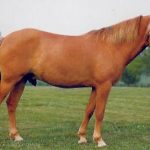 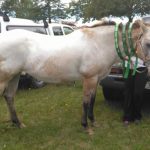 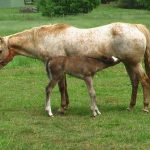 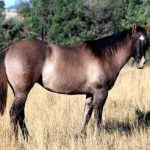 The original history of the Cayuse Pony has ceased to exist over time, though there are several theories about the creation of this breed. The Cayuse Pony is thought to have developed from the Spanish Barb breed that was brought to the New World in the 16th century by the Spanish people.

Many researchers believe that, many years later, they had been crossed with the Percheron Draft horses, the French breed imported from France to several American territories down north by the French Canadians.

The Canadians would then barter these horses with the Native Americans, who were already known for their superior horsemanship. It was these indigenous people that brought these horses to westwards, where these heavier horses were made to breed with the lighter Spanish breeds, giving birth to the new breed of small animals, the Cayuse Pony.

By the 19th century, the Cayuse became a distinct breed by its own rights. While the French horses had a natural tendency to bear white patterns on their coat, these ponies are now selectively bred, so as to retain that old pattern and colors.

In this context, American painter Frederic Remington, who is known for his paintings in equine anatomy, described the Cayuse Pony as “generally roan in color, with always a tendency this way, no matter how slight.”

At present, they have become scarce with their numbers going down dramatically, while only a small number found in Porterville, California, with the breeders devotedly working to revive their population, including Jeff Edwards, co-founder of California’s Wild Horse Research Center. Recently, the pony has been accepted as one of the registrars of the ‘Horse of the Americas’ breeds.