Considered the oldest breed of horses in England, the Cleveland Bay Horse is named after its place of origin (Cleveland, Yorkshire) and the color of its coat. Over the years, members of the Royal Family have supported and protected the breed. The horses are still used for pulling the Imperial carriages in royal processions. As a rare breed, the Cleveland Bay population is now thought to be on the brinks of extinction. 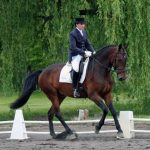 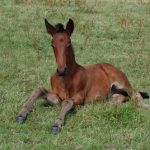 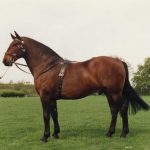 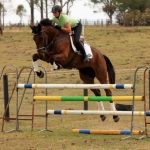 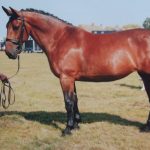 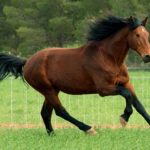 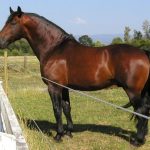 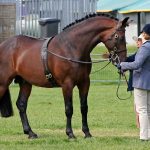 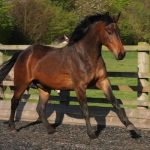 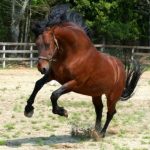 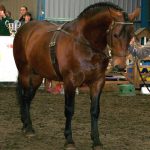 During the medieval period, English monasteries and churches started developing stocky horses for use as pack animals in northeast England. From the late 17th- to the late 18th-century the horses (nicknamed “Chapman Horses” since they were utilized by the traveling “chapmen”) were crossed with Andalusian and Barb horses for developing the first Cleveland Bay.

The original type grew heavier and bigger than today’s Cleveland Bays, but by 1785, the “agricultural type” was created through selective breeding. With the improvement of roads, the demand for driving horses increased. Thus, Arabians and Thoroughbreds were added to the breeding stock for improving the breed’s speed and agility.

World War I caused a significant decline in Cleveland Bay population, as many horses used for pulling artillery were lost. Moreover, the breed lost its popularity due to the Great Depression and increased mechanization during the 1930s. World War II quickened the decline, and many horse enthusiasts stopped developing the Cleveland Bay. However, the breed was saved from extinction by Queen Elizabeth II, as she purchased a stallion named Mulgrave Supreme, which sired 36 purebred stallions.

The worldwide Cleveland Bay population was reported to be 550 in 2006.