The Criollo Horse is a breed of hardy and enduring horses that is native to Argentina, Uruguay, Paraguay and Brazil. Known for its astounding stamina and disease-resistant power, the very popular Criollo is widely adored for its style and refinement.

These are small-sized horses but feature a muscularly strong structure and well-developed joints. They can easily endure racing long distances, and is often considered to be the best of its type. They are also good for trail riding, pleasure mounts, rodeo competitions, and polo. 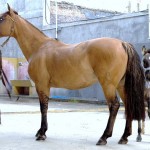 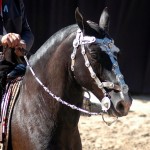 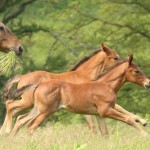 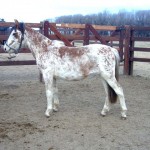 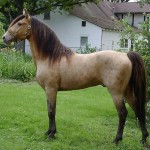 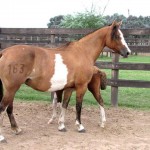 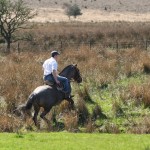 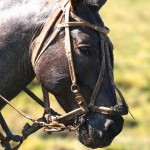 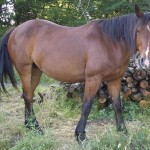 In 1535, purebred Andalusian stallions were imported to South America by Pedro de Mendoza from Spain. During 1540s, the Spaniards were driven out of Argentina by the locals, releasing a few horses in the wild. The feral population of these horses thrived and spread all across the plains of the ‘Pampa’.

Over the decades, these horses bred in the wild, thus adapting themselves to the harsh climatic conditions of the region, ready to withstand the rough winters and the dry summers. These horses were captured by Native Indians, the Gauchos and early European settlers to be used as pack animals.

All through the 19th century, these horses were crossed with the imported European Thoroughbred and North American horses, resulting in a larger, hardier, multi-purpose breed at the cost of degeneration of the native breed.

A breeders association was formed in 1923 after the breeders from Argentina planned to create a registry for the purebred criollos. In 1934, Dr. Solanet led the breeders association, developing a stud book (after much infighting) for this new breed. The new standard defined an individual’s characteristics with a much tall and leggy structure, a square body, and a more angular hock.