The Equus Przewalskii is a rare and endangered wild horse that is found in the steppe region of Mongolia. They are known for their physical beauty with a typical dun coloration and some primitive markings. As of 2011, the estimated population of these equines is a little over 300 in the wild, while, by the early 1990s, the domestic population was over 1500. 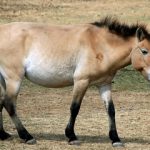 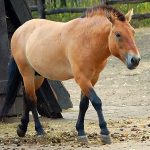 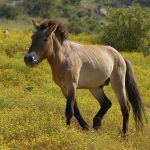 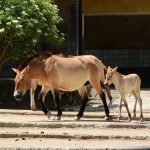 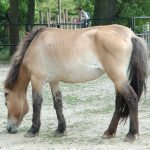 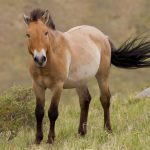 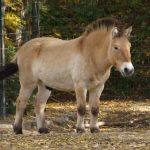 The Przewalski’s Horses are the only species of true wild horses, as opposed to the other feral breeds that were introduced in the wild. However, the origin of these equines has long been debated by researchers since some experts have opined that they are the forefathers of the modern-day domestic horses and ponies.

Interestingly, these horses carry 33 pairs of chromosomes while the domestic horses carry 32. These feral horses roamed around in the steppes along the border of China and Mongolia.

Very little is known about the discovery of these horses, nor is there any official record. It was in the 15th century that a man from Bavaria discovered the Asiatic Wild Horses while he was engaged in trade with the Mongols, though finally wounded up.

These animals were once again seen by a doctor from Scotland while on a professional visit to China. However, it was an explorer from Russia named Colonel Nikolay Przewalski, who officially reported these horses and recorded them in their present name – the Przewalski’s Horse.

Unfortunately, these horses have gone extinct in the wild due to illegal hunting, squeezing out, crossbreeding, and so on. In 1992, breeders and different animal groups joined hands to combine their herds to release them in the greens of Mongolia.

At present, they are preserved in the zoos and in many studs run by the government in order to keep them from vanishing entirely. Several breeding programs have also been initiated at the same time.

A very recent DNA study conducted in 2018 suggested that these horses might have descended from the horses domesticated by the Botai people of ancient Kazakhstan.