The Finnhorse is the national horse of Finland, its native country. Known and prized for its incredible versatility and adaptability, these animals are still used in many parts of the country. This is the only breed that developed fully in Finland and is a unique combination of both cold and warmblood genetics. Finnhorses are suitable for both riding purposes and pulling vehicles in horse races, and also as a workhorse. 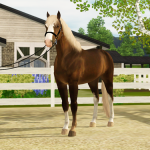 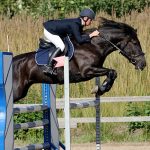 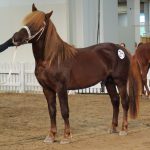 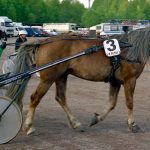 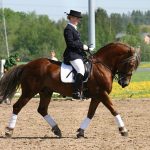 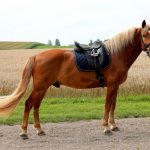 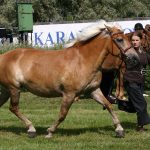 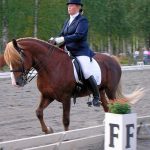 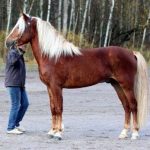 The Finnish horses were originally bred to meet the different needs of the local people. The Finnhorses descended from the Northern European domestic horses. These European horses are warmblood animals, and in turn, have the influence of other heavier draft breeds. Resultantly, the Finnhorse emerged as the jack of all trades, equally good in trotting races as well as in farm work.

However, the initiative was taken to keep the lineage of both the heavier and the lighter specimens separate. This was done with a view to engaging the larger animals for agriculture, forestry and other draft works that require physical strength. The lighter ones were also selectively bred since they were more suitable for trotting, harness racing, and riding purposes since they are capable of moving smoothly, thus assuring a smooth riding experience. Accordingly, in 1924, breeding was divided into two branches.

In around 1950, the population of this breed started to decrease at a considerable rate since the demand for these horses began to fall with the beginning of industrialization, and the introduction of motor vehicles and the mechanization of agriculture.

In 1907, the first stud book of the breed was created. At present, it has four sections, dividing the Finnhorses into four types depending on their body size and kind of work – viz. the Trotter type, the Draught type, the Riding type, and the Pony type.

In 2007, the Finnhorse was officially declared as the national horse breed of Finland. During this time, the total number of Finnish horses in Finland was 19,500.