Frederiksborg, the oldest domestic horse breed in Denmark, though low in numbers today was greatly admired and well liked throughout the Renaissance as well as the Baroque periods. In the earliest stages, it was regarded as one of the best European studs used as a military charger, and a reliable carriage, as well as a school horse. Now the population of Frederiksborg horses undergoes a studbook selection process that helps choose the ideal breeding stock. 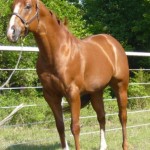 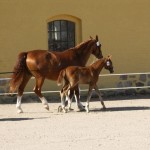 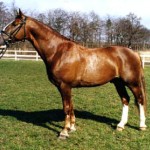 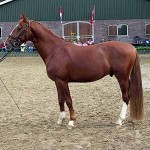 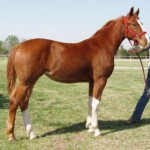 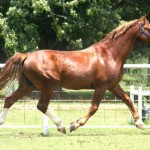 The origin of the Frederiksborger dates back to 1562 when the Royal Stud was founded under Frederik II of Denmark. By royal decree, the Iberian ancestors of the Andalusian and the Neapolitan horses were brought to the stud farm. As the Arabian and the Norfolk Roadster horses started gaining popularity, they were also chosen to be kept at the Royal Stud. The objective was to breed a horse that has the combined characteristics of a beautiful, stylish, and agile riding horse with supple action, and a large, strong carriage horse with consistency in appearance.

In both the 18th and 19th centuries, the breed became so popular that the horses had to be exported in huge numbers. However, its fame had an adverse effect as the royal horse farm was closed in 1839. Even though these horses were bred privately, their utility was reshaped by the requirements of the people, who started using them for pulling stagecoaches and in agricultural works. Efforts were made in 1939 to restore the breed by adding Oldenburgs, East Friesians, and Thoroughbreds. Later, Arabians were also used.

As the breeders used Swedish and German horses, many part-Frederiksborg mares were introduced into the breeding stock.