The Freiberger is the official horse of Switzerland, where it developed, and can be both slim and heavy, depending on the genetic makeup. This is a light draft horse suited for both pleasure riding and draught work and is prized for its outstanding versatility in almost all fields. 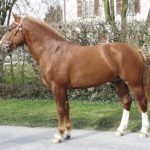 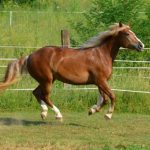 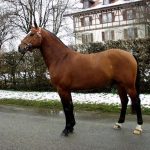 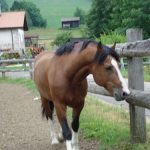 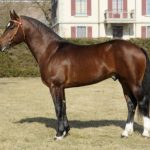 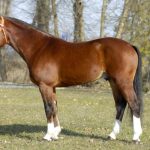 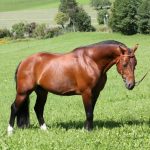 Video: Introducing to the Freiberger Horse

The Freiberger is one of the first light draft horses that originated in the hilly regions of Western Europe, where there was a need for a robust mountain horse. It was around the end of the 19th century that these horses developed in Switzerland by crossing the local Jura horse mares with the Arabian, Anglo-Norman, English Thoroughbred, Breton and Belgian Draft horses. However, since 1910, the process narrowed down to selective breeding using only the purebred specimens.

As according to the genetic consistency, two types of Freibergers emerged from the breeding programs, with one being a shorter and lighter type suitable for riding, and the other being relatively heavier, well adept for agricultural work and pulling carts.

Traditionally, this breed began to be extensively used by the Swiss army, but it also excelled in fields like agriculture and transport. The equine proved its efficiency as a great warhorse during the World War I and II, and at the same time continued to serve the purpose of public transportation as well as agriculture work in the slopes of the mountainous regions.

While the local breeders noted the versatility of these animals, they took to breeding these horses with even more enthusiasm, adhering to maintaining quality control over their bloodlines.

Unfortunately, the Freiberger faced the same fate as many other horse breeds that developed during this time. With the introduction of mechanization, the need for working draft horses gradually began to decline with the machines invading the fields of transport and agriculture works, forcing the breeders to refrain from creating these horses in large numbers, or taking measures in perfecting them.

These horses continued to exist even to the day, with the Swiss government taking the vigorous initiative to maintain their pure strain. Today, they are bred with strict regulation at the Avenches Stud, the Federal stud of Switzerland under strict government regulations.