The Hucul Pony, also called the Carpathian Pony, is a breed of small, heavily built horses native to the Carpathian Mountains. This ancient equine breed is named after the Hutsul people, the inhabitants of Carpathian Mountains in Romania and Ukraine. Although the historical breeding region of Hucul ponies is contained within Poland, Romania, and the Slovak Republic, it has now spread to Hungary, Ukraine, and the Czech Republic. 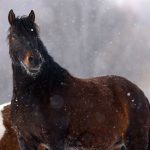 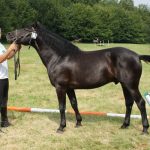 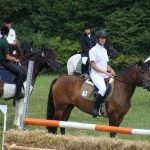 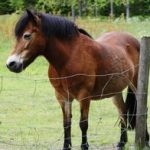 The Hucul ponies are thought to have been influenced by the wild Tarpan blood since both the equine breeds share some common traits. Written resources from the 15th century also refer to a “Mountain Tarpan” type with all the characteristics of a feral horse. Since they were originally bred in the harsh conditions of Carpathian Mountains, they traditionally have high-level of endurance and can live on proportionally less amount of food.

In the mid-19th century, the first stud was formed at Rădăuţi in Romania. Since its inception, the herd books of Hucul ponies have been kept, with some of the oldest lines that trace back to that time. During the Austro-Hungarian rule, these ponies were used as cavalry mounts.

Careful breeding of foundation stallions including Prislop, Pietrousu, Goral, Ouşor, and Hroby preserved their purity. Consequently, 33 Hucul ponies were brought to Czechoslovakia to create the Gurgul bloodline. The development of the breed was stopped during the First and Second World Wars, as the Hucul Horse population severely declined in Czechoslovakia with only 300 horses remaining after the war.

Eventually, in the early 1970s, the breeders founded the Hucul Club with the objective of saving the breed from extinction. Moreover, a breed registry with 50 purebred animals was established in 1982. Only 500 broodmares survive today, and therefore serious action for their preservation is needed.