Icelandic horse, believed to be a descendant of ancient German and Norwegian horses, is a breed of small and sturdy equines developed in Iceland during the 9th-10th centuries. Known for its sure-footed movements, the Icelandic can cross rough terrain with incredible ease. 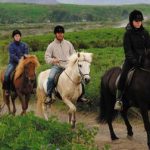 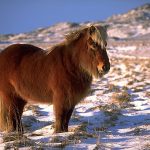 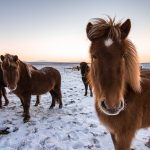 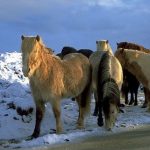 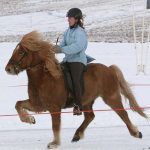 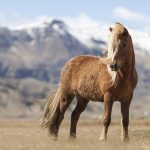 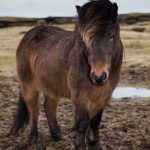 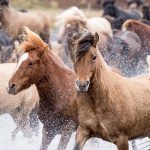 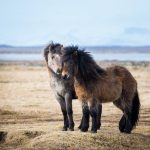 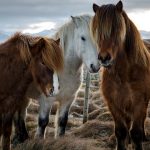 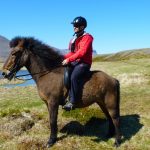 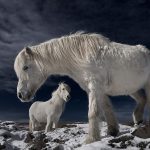 Icelandic horses trace their origin back to the Viking Age when Norsemen brought some ancient horses to Iceland. Later, immigrants from Scotland and Ireland crossed ancestors of Connemara, Highland, and Shetland ponies with the horses previously imported. The horses were treated with great respect, and they played a role in Norse mythology. They represented fertility while the white horses were sacrificed during feasts and ceremonies.

During the 10th century, efforts were made to cross Oriental horses with Icelandic, causing the breeding stock to deteriorate. However, crossbreeding of Icelandic horses came to an end in 982 AD after the parliament passed a prohibitory act against the importation of horses. Since then Icelandic horses have been purebred. When climatic conditions became more favorable, people started breeding them selectively according to color and conformation.

During 1300-1900, selective breeding became less popular, as 70% of the horse population was wiped out after the eruption of the volcanic fissure Lakagigar. Their population gradually improved during the 1900s, and in the next century, selective breeding was reestablished. The first breed societies were formed in 1904 while breed registry was set up in 1923.

The “International Federation of Icelandic Horse Associations,” set up in May 1969, now serves as the parent organization represented globally in 19 countries. Its objective is to promote the breed and focus on Icelandic horse welfare.