The Italian Heavy Draft is a breed of draft horses with a considerable size and energy. Initially, these animals were bred to serve as a working horse both in the agricultural sector as well as in the Italian military. However, with Italy being one of the top consumers of horse meat, today, these horses are mainly bred for the purpose. Moreover, the horses mature quickly and need no special care, which makes the business more lucrative. 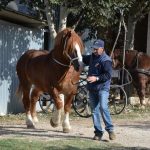 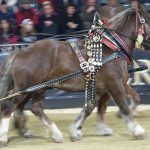 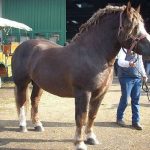 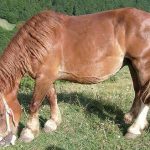 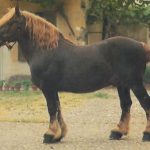 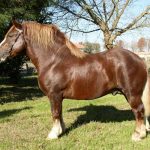 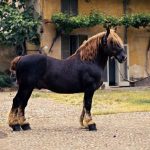 The Italian Heavy Draft was created with an aim to create a breed that would be equally skilled in agricultural activities as also, as a warhorse. It was in 1860 that the Department of War employed its horse production unit, to begin with crossbreeding the native horses from the plains of northeastern Italy with the Arabs and the Hackneys.

Because of the constant inbreeding process within the same lines, the resultant breed evolved with their unique features. Furthermore, when there was a need for a more substantial stamp horse in the army, the blood of the Breton and the Boulonnais were also added to the breed.

Very soon, the breed proved to be a big success and became famous by the middle of the 20th century shortly after a stud book for the breed was created in 1926. The primary reason for its popularity was its physical strength as well as its high speed.

Unfortunately, towards the end of the century, the need for these horses declined rapidly mainly because of industrialization and mechanization of warfare, resulting in a quick fall in the population of the breed. During the 1970s, initiatives were undertaken to utilize this sturdy animal for meat production. Till date, these animals are often raised for this purpose. At the end of 2010, the registered population of these horses was 6304.