The Kiso Horse is a breed of critically endangered equines that developed primarily as a Japanese war horse. Native to Honshu, the largest and most populous island of Japan, it is one of the eight indigenous breeds of the country and is also used for light draft work and riding purposes. With their short, pony-like stature and gentle disposition, these horses are suitable for rides for even young children. Measures have been taken by the Japanese administration to keep a check on their decreasing population. 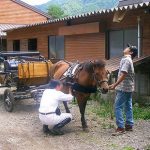 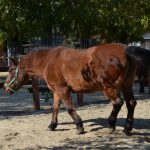 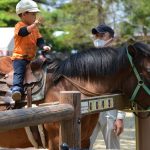 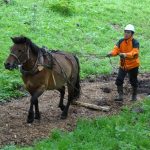 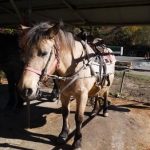 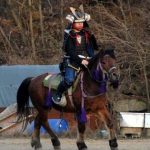 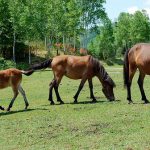 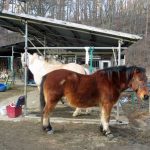 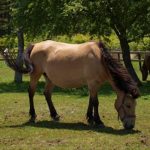 The origination of the Kiso horse, local name Kiso-Uma, is still shrouded in mystery. In fact, there is very little information about the development of most of the Japanese horses, and so is Kiso’s. The only thing known is that they developed in Japan more than 1000 years ago sized more like a pony, and gets their name from the river Kiso that flows through the region where this breed originated. During this time they were used both as a mount in the battlefields, as well as an animal for agricultural and transportation works.

Many horse researchers believe that the breed developed either from the plateau animals hailing from central Asia or the Mongolian horses from the grasslands.

The Kiso was primarily designed to work as a war horse, and they could actually serve the purpose so much so that they remained extremely popular mounts for many centuries, taking part in countless battles the then Japanese people fought. However, the fact that they were bred as war horses required them to be immensely strong and active. Such a requirement compromised with the purity of their lineage.

In modern times, only a few of the pureblooded strains remained. Eventually, a new pedigree registration in the Japanese village of Kaida Kogen near Mt. Ontake was created in 1976. They are now bred at a limited number of specialized horse ranches in Japan.