The Knabstrupper (pronunciation: nab-strup-er) is a breed of rare Danish horses that are characterized by an unconventional range of coloration on their coats, which often reminds of the Dalmatian breed of dogs. This breed is rare, with the members of this breed coming down to around 600 living individuals world-wide. Many of the living specimens are either without verified ancestry, or an incomplete pedigree. Still, these horses are quite admired by the horse riders, and are especially popular among children. 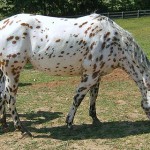 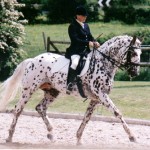 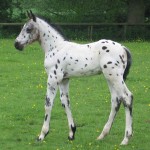 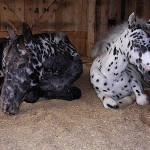 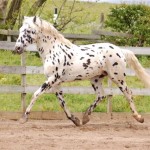 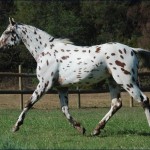 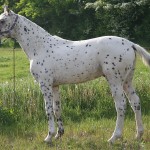 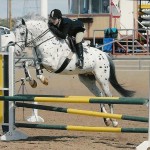 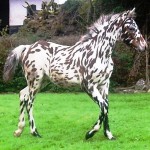 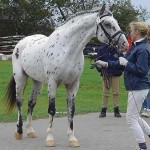 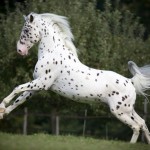 The Knabstrupper horse, which is known for its speed and endurance, traces back to the age of the Vikings. Back in the 1100 AD, the Chinese people would use spotted horses as means of transporting silk and other goods for trade. The primary means of distribution was rapidly extended after China opened the borders for trade.

Formally, the Knabstrup breed was developed in Denmark around three centuries ago. The Knabstrupper is a branch of the Frederiksborger, one of the oldest of the European breeds. Therefore, these two breeds share a common history up to the late 1700s.

Later in 1812 Major Villars Lunn created his Knabstrup farm in Nordsealand, Denmark, one of the primary horse breeding studs. Soon after, the breed began to be referred to as the Knabstruppers. He made a chestnut mare having leopard complex blanket markings to breed with a solid-colored stallion. The result was dramatic, with a colt being born with spectacular spotting. Then after, the mare and its colt were made to breed with other individuals, giving birth to many such horses. Soon, this whole race of the knabstruppers established themselves as an independent breed.

Later again in 1971, three Appaloosa stallions were imported to Denmark for adding new blood to the breed. This breed continued to be popular until they ended up being crossbred with other horses, leaving behind an uncertainty regarding the existence of any other purebreds in the breed.

In recent times, the primary aim of developing the knabstruppers is for preserving them as a Danish riding horse, irrespective of the fact whether it is a pony or a standard size horse, the size does not matter. This attempt is unique since there are but a few breeds that can present horses in all sizes.

In the US, these horses are often mistaken for an Appaloosa because of their common characteristic spotting. However, both these breeds are related, because they share Spanish bloodlines far back in their lineage. The genetic codes for spots are present in these horses even after centuries of domestication, which could eventually be strengthened through selective breeding.

At present, these horses are comparatively rare in the US, though the population of the breed if gradually growing as a result of importation and breeding. The American Knabstrupper Association (AKA) website reports that, before 2002, when the breeders from Texas imported semen from Knabstrupper studs with the purpose of crossing the breed with the Appaloosas, no foals of the breed were born in North America.

In 2011, AKA turned its efforts of registration over to the European registry ‘Knabstrupperforeningen for Danmark’. Since then, this Danish association inspects and approves breeding stock in the USA.