The Kuznetsk Horse developed in Siberia and is said to be one of the most famous horses in its country. It acted as the foundation for several other Russian horse breeds and is distinguished by longevity and high fertility. The Kuznetsk horses have extensively been used for draft works, pulling carriages, as well as for the production of milk. 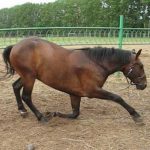 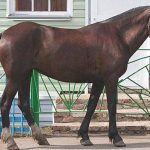 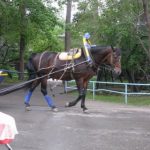 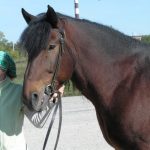 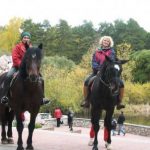 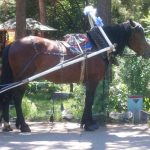 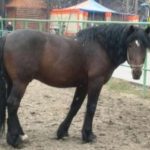 The breed got its name from the historical area of the Kuznetsk Coal Basin, situated between the mountain ranges – Kuznetsk Ala-Tau in the east, and Salair in the west. About 200 years ago, the Kuznetsk horse was already known in Russia. It was not until the mid to late 19th century that organized breeding programs began in Siberia, officially. Prior to this time, the local breeds of the region started emerging, amongst which, the Kuznetsk horse that was considered to be one of the most famous and valuable ones.

The creation and history of the Kuznetsk breed are not much clear. In fact, all the information that have been published about these horses are quite contradictory and confusing. Unfortunately, since there were neither any official records nor a particular selective breeding program, the first generation of these animals that were created had faulty conformations. Nonetheless, this new breed proved to be hardworking, as well as easy to keep.

However, the breed got a chance for genetic improvement after the establishment of several breeding programs. The blood of several other top breeds was introduced, viz. Thoroughbred, Orlov Trotter, and American Standardbred. Soon after, the Kuznetsk Horse itself began to be used for the improvement of the local stocks for which, it was taken to different regions of Siberia.

Based on the regions of breeding, there are presently two types. The specimens developed in the northern parts have more influence of the Belgian and the Anglo-Norman horses, which made them relatively stockier, whereas those that originated in the southern region had the more genetic impact of the Thoroughbred horses, which made them much sturdier.