The Mustang is a breed of classic wild horses of the Old West. These are hardy and majestic equines that were imported to North America from Spain and had become feral since then. If trained correctly, with enough love and care, they can make excellent riding and carriage horses, and can even appear in high-level competitions including barrel racing, reining, endurance, and also show jumping. At present, the free-roaming population of the Mustang Horses in the United States is protected by the Bureau of Land Management (BLM). 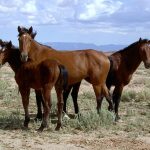 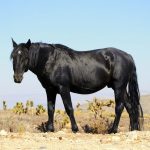 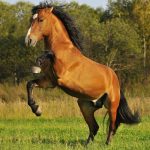 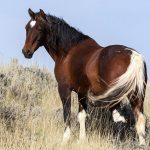 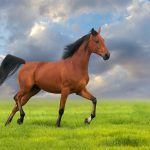 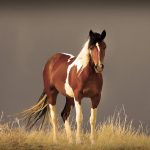 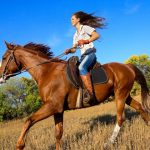 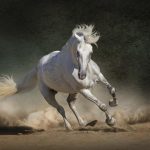 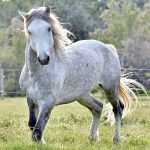 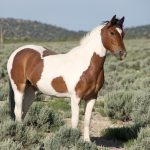 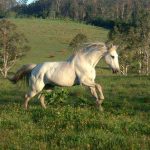 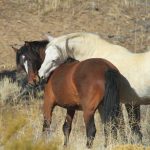 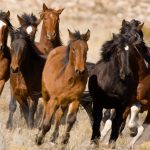 Video: Herds of Mustang Horses Roaming in the Wild

Little is known about the very old Mustang breed, but genetics reveal that they descended from the Spanish type horses. It was the Conquistadors from Spain who introduced the native Spanish horses to the North American continent during the 16th century.

These newly-introduced horses had played a significant role in the Spanish conquests and were probably the first equines that the indigenous people of the region had ever witnessed.

After the conquests were over, these animals continued to live in North America and began to mate with the local equine breeds, primarily, the Barb, the Jennet, and the Andalusian breeds, which served as the first milestone of the development of the present-day Mustang breed.

In this context, it is evident that the modern Mustangs are descendants of the Spanish domesticated horses that eventually escaped in the wild. Eventually, the many wildlife management agencies, then and now, began considering them as ‘feral’, instead of ‘wild’, since the two breeds Tarpan and Przewalski are the only two bloodlines ever discovered as true ‘wild’ horses. Nonetheless, this categorization aroused several controversies amongst the equine experts.

Later, in 1962, the AMA (American Mustang Association) was founded in San Diego, California, with the aim of documentation, and resultantly, the preservation of the pedigrees of the Mustangs. With this in mind, the newly-formed Mustang association took to comparing the conformations and morphological standards in order to abide by the essential characteristics of the true Spanish horses.

Mustangs live in herds of both mares and foals, which is usually headed by a single stallion. However, the young males and matured stallions, that do not possess the ability or size to compete with other mares in aggression make small bachelor groups.

There is constant competition between able males, which is stressful, since only the ones that are fittest survive and allowed to lead the group. The leader that takes charge of the group needs to stay alert about rivals, trying to drive them out, if found. The loser, however, eventually vanishes, and the winner would then take over the herd.

Fight between males is quite common, and it includes strikes using the forefeet or kicks using the hind feet. Males are also found head-butting, wrestling, and even biting the competitor. Those stallions that appear as visitors might often be stronger enough to push and rear up the leader stallion.

Injuries amongst each other are not rare, which include wounds made from teeth and hooves, or even broken limbs. Fighting to the death is not common; however, death after the fight because of severe wounds can happen at times.