The Noriker or Noric horse is one of the oldest mountain draft horses in Europe, originating in the foothills of the highest Austrian mountains, Grossglockner, and being indigenous to the Central Alpine regions. Initially used for transporting a lot of goods from one place to the other, they are immensely popular in the present times because of its pleasant temperament, surefootedness, and agility. 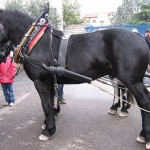 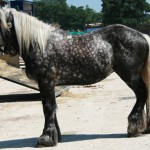 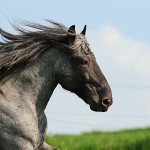 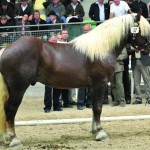 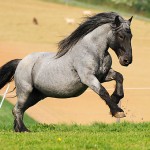 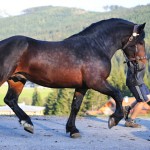 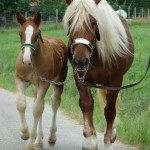 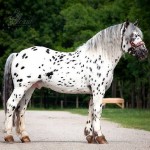 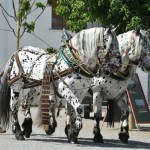 These horses attain their name from Noricum, a Celtic kingdom and a province of the Roman Empire. According to the data provided by the International Encyclopedia of Horse Breeds in the year 1995, their breeding began in Thessaly, a region in Greece, which was also famous for developing war horses. They were said to be the heaviest breed created for this purpose. After the fall of the Greeks, the Romans, who excelled in the art of horse breeding, setting up stud farms in their kingdom, continued the tradition of developing the Noriker horses. However, the role of Romans in creating these horses is still a matter of question as according to certain proven artifacts these horses were said to exist as early as the first millennium before Christ era, used for transportation and trading through the Alps Mountains. Since as early as this time up to the nineteenth century they played a pivotal role in enhancing trade between the Central part of Europe and the Adriatic region. In fact, they were used for carrying a variety of goods like Celtic iron, salt, and gold while journeying from Salzburg to Italy, whereas, on returning they would bring along with them spices and wine. During the 20th century, as industrialization set in, they began to be used for agricultural purpose. At present, they have emerged as fabulous sport horses also being well-suited for children to handle.

The baroque horses played a significant role in influencing the development of the Noriker breed. The stud farm the Rif was established in the year 1565 with which the refinement procedure of the stallions belonging to the Neapolitan and Iberian breed started. Both these breeds have had their influence on these horses (Noriker) up to the year 1806. The Roman heads, a powerful topline, long manes as well as tails, makes this influence more evident even in the present times. They also had a resemblance to the baroque horses as far as the coat colors were concerned. After the stud book for these horses had been closed in 1903, they were completely purebred. Though they were in high demand in both the World Wars, with their population continually rising, after World War II, the introduction of machines marred the need for horses. However, in the mountainous terrain it was difficult to afford the expensive machines, thus, these horses continued to be an integral part of people’s life until after which their population began to decline. Mostly because of the third wave mechanization, by the year 1985 there were only 6996 Noriker breeds left. Though most of the draft horses of Europe are getting endangered at present, there are about 10,000 of these horses dwelling in the countryside of Austria. It is bred in Italy specifically in the Puster Valley as well as the 5 Ladin valleys. The Association for Italian breeders’ AIA, recognizes it in the category of “breeds of limited distribution”, under the name of “Norico Pinzgauer.” The five sire lines influencing the development of this breed are as follows:

Vulkan-Line: This line is the most popular one with the founder stallions as well as their descendants represent the heavy draft horse kind.

Diamant –Line: This line began during the first part of the 20th century, and the horses belonging to this line were agile.

Schaunitz –Line: Horses hailing from this line in the present times are small-sized along with proper movements.

Elmar-Line: The influence of the baroque horses are seen in breeds belonging to this line as most of them possess a unique coat color along with a smaller-stature and lighter build. The leopard spotted coat color is also visible.

One Response to Noriker Horse