The North Swedish Horse is a breed evolved in Sweden, but is also common in Norway, Finland, and Estonia. They are coldblood-horse that has been popular for being cooperative and willing. There are two types in this breed: the draft horse and the trotter. It was these two types that were combined for producing a heavy horse capable of competing with the Belgian breed, and a light horse having a fast trot for the purpose of racing.

These horses are also known for their graceful looks, having a dense tail and mane that add to their charm. Endurance is one of their primary traits, while they need a small amount of feed as against the amount of work it is capable of doing. These horses have been used as pack horses, as also for military purposes and in forestry work. 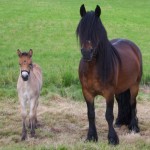 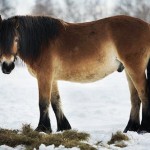 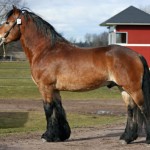 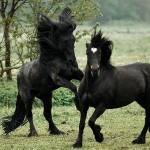 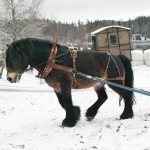 The ancient origin of the North Swedish Horse is intimately associated with its neighboring breeds like the Norwegian Dølahest. This breed has extensively been crossed. However, this happened only after the establishment of a breed society at the end of the 19th century. After the establishment, a more uniform type of this breed was created.

In order to produce a few desirable traits in the breed, the Stallion Rearing Institute of Wangen introduced strict breeding regulations in 1903. In recent years, the breeding is stringently controlled with the animals that are intended to be used for breeding are tested thoroughly, like, while examining, the hooves and feet of the horses are examined by X-ray. Good character, ability to pull loads, and fertility are a few of the much coveted primary qualities for which they are tested. Other traits like springiness in the gait, power, length of stride, correct, well-balanced action, and energy are also taken into consideration.

In Sweden, despite most part the North Swedish horse was maintained so as to retain its purity. However, in the early 19th century there had been many mixes made with other breeds like the Friesian. These breeding were primarily carried on in Norrland, which continued for a long time, and it expanded in more recent years. Though the breeding is highly controlled & maintained systematically in order to preserve their bloodlines.

In this cross, stallions from the Dølahest horse breeds had been used, and by the beginning of the 20th century rigorous performance tests for the breeding stocks were also introduced.