The Novokirghiz Horse (pronounced as ‘No-Vo-kEr-giz’) is a relatively new breed of equines that originated in Kirghizstan. Developed as a modified version of the old breed of horses from which they developed, these equines served the local Kirghizians in a lot many ways, including agricultural work and general riding. They are known for their light gaits, fast pace, and noble attitude. This is not an endangered breed, and the population at present is stable. 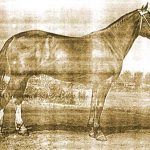 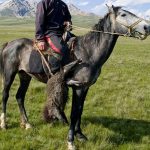 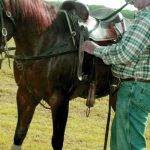 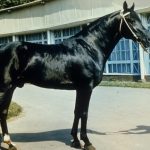 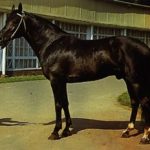 Originating in the 1930’s in Kirghizia, this is a relatively recent breed. It all started back in 1918, when 48 Thoroughbreds were introduced to Kirghizia’s Issyk-Kul stud. This lot was made to breed with the mares of the Old Kirghiz stock, with the breed being established between the 1930s and the ‘40s.

Before the introduction of the new Novokirghiz, the Old Kirghiz was mainly common in and around the region. The Old Kirghiz breed, in turn, had originated from the stock of Mongolian equines in the mountainous regions of Kirghizia and Kazakhstan. The ‘basic’ and the ‘saddle’ varieties were not much suitable to the climate of the mountaineous regions, and hence, failed in holding their stamina, present in the ‘massive’ variety.

Since its introduction, the Novokirghiz stock largely replaced the Old Kirghiz variety. However, infertility is often seen in the mares, a trait attributed to too much interfusion of the Thoroughbred blood.