The Retuerta horse is a rare equine breed indigenous to Spain (Andalusia region). Living in isolation from other horses for a long time has made it emerge as one of the popular feral breeds. 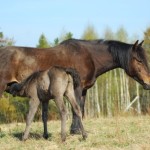 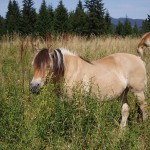 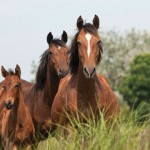 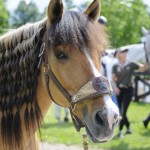 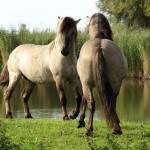 These endangered breeds are said to bear close resemblance to the Iberian horses that were found in Spain before being domesticated. They obtained their name from the Retuertas that were said to be the flooded regions located in the Donana National Park, where the water drains slowly to the salty marshes. CSIC, in its genetic studies, reveal that these horses were one of the oldest equine breeds of Europe existing around 3000 years BP. Though initially used for agricultural purposes, they were replaced by other breeds who were more productive than them, leading to the gradual extinction of these horses. In fact, by the 1980s, only about sixty of them were left. They are presently found in the Donana National Park, in the Huelva and Sevilla provinces of Spain. They also reside in “Campanarios de Azaba”, located in Espeja. In fact, by 2012 only 150 of them were left in Donana, increasing their risks of being wiped out completely by any calamity or disaster. Thus, wildlife experts made arrangement for bringing in about 120 such horses to the “Campanarios de Azaba” reserve.