The Sandalwood Pony is a breed of equines that originated in Indonesia. Known for their strong features and high level of energy, these ponies are still used for long distance races. These animals also make a perfect choice for children’s riding. However, apart from riding purposes, they are also used as draft, farm and pack horses. 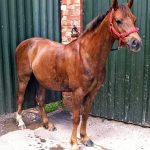 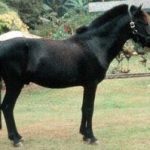 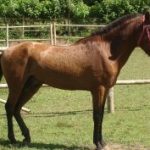 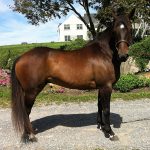 Nothing much is known about the history of the Sandalwood Pony, but it is a very primitive breed that originated in Indonesia’s Sumba and Sumbawa islands.

In 1995, in his book ‘International Encyclopedia of Horse Breeds’ (University of Oklahoma Press), Bonnie Hendricks theorized that many Arabians and Barbs contributed to the origination of these ponies.

It is one of the eight native Indonesian pony breeds, and is one of the finest of them all. This is basically because of the mixture of Arabian blood. This breed has extensively been exported to Australia and many other Southeast Asian nations for racing purposes.

Today, in the Cambodian and Thai racing tracks, the Sandalwoods that are used, are crossed with Thoroughbred horses.