The Shire is one of the world’s biggest horses that are distinguished for their ability to pull enormous weights. This heavy draft equine is now used as a leisure horse, as well as for different other draft disciplines. Because of its giant size and calm nature, it is often called the docile giant. The present population of this horse is at stake. 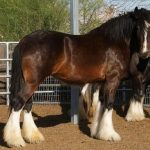 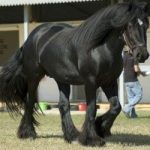 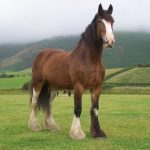 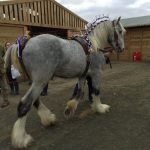 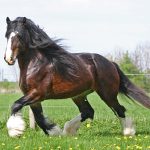 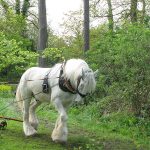 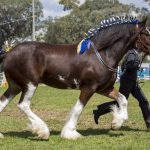 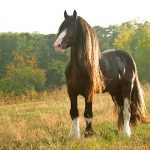 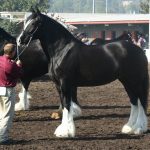 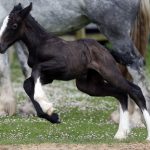 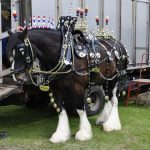 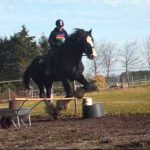 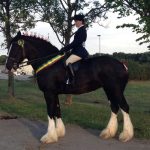 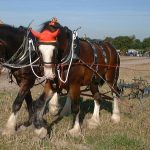 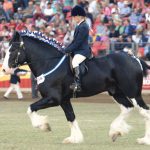 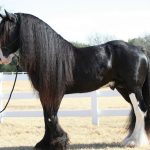 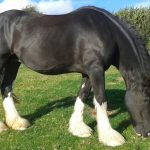 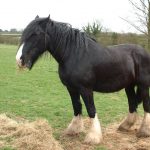 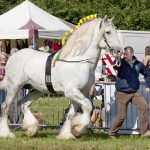 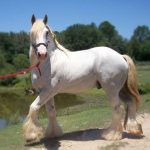 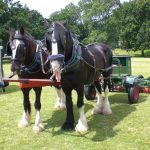 Some researchers believe that the ancestor of the Shire horse is the British ‘Great Horse’ that once served as a war horse. The descendants of this horse might have been out-crossed with other breeds, including the Dutch Friesian, resulting in the development of the new Shire breed. However, with the introduction of more bloodlines, the influence of the Great Horse got slowly reduced in the stock, while the Friesian blood began to dominate.

There are disputes about when these animals developed. But many experts opined that the first Shires developed in Britain around the 16th century when the locals were in need of working equines for pulling their coaches and wagons over long distances through the rough terrains of the region. The resulting breed proved to be much efficient in pulling massive loads, as well as for military purposes.

In 1878, the Shire Horse Society was founded, which was formerly known as the English Cart Horse Society. At present, the Shire Horses are quite well-known for their strength and are still used to haul heavy loads like granite and brewery wagons. However, the population of this breed is declining at a considerably faster rate, and the American Livestock Breeds Conservancy added them in their ‘critical’ list.