The Silesian Horse is the heaviest breed of warmblood equines evolving in the historical region of Silesia that lies within present-day Poland. In 2000, the breed was divided into two types – an old type that had a wide range of uses including sport carriages and a new saddle type used for racing was also accepted in the breed standard. 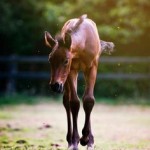 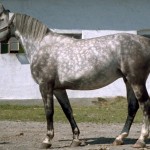 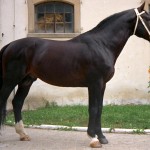 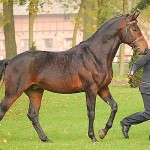 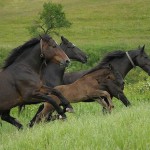 The origin of Silesian horses dates back to the late 19th century when East Friesian and Oldenburg stallions were crossed with German halfbred stocks. This produced a fast and sturdy breed of horses useful in light draft and agricultural works as well as horse artillery. To save the breed from extinction after World War II, Oldenburg stallions were imported. Because of high demand, a significant number of horses in the breeding stock were removed and were assigned to the working population in the mid-1940s and 50s.

In the late 1950s, this equine breed was extensively used in agricultural works and subsequently it became a carriage force in motorized agricultural holdings. At the same time, the addition of Wielkopolski, Thoroughbred, and some primitive breeds including Konik and Huculs resulted in lowering the average height of Silesian stallions. A change in breeding program was needed, as the smaller horses were considered useless for agriculture. Despite adopting several breeding measures, the average height of the horses remained same in the early 1970s. This caused a lack of sales and breeding became unprofitable leading to a sharp decline in the Silesian horse population.

A few years later, there was again a rise in interest in the heavy Silesian horses. As a result, four heavy warmblood stallions were introduced with the objective of refining the carriage features. Concurrently, a conservative breeding program was accepted that not just improved their physical traits but increased their numbers. About 5000 Silesian horses were reported in 2008.