The Sokolsky is a breed of powerful draft horses that originated about 100 years ago in northeast Poland. Despite being a young breed, the Sokolsky horse has been popular for its versatility, adaptability, and low maintenance needs. 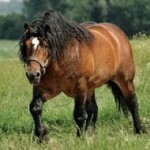 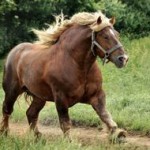 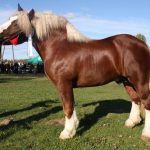 Breeding of draft horses has long been a tradition in Poland. Horses with a tall, heavy, and muscular stature exhibiting the agility of light, energetic horses were in demand since the beginning of the 20th century. They were needed for pulling heavy loads and agricultural works requiring hauling abilities, as well as for rapid transport. In the 1900s, a new breed of Polish draft horses was bred by crossing Ardennes, Norfolk Trotters, Anglo-Norman, Dole Gudbrandsdal, and Belgian Heavy Draft horses with local stocks. However, hundreds of these animals were used as war horses and were killed during World War I and World War II. Increased mechanization, specifically the introduction of tractors decreased the requirement of Sokolsky in drafting and farming. Moreover, many horses were sold for horsemeat that caused a significant decline in their population. Today, this equine breed is still used for carrying, transporting, and farming.