The Soviet Heavy Draft was developed in the 19th century Russian Empire as an agricultural draft work that developed alongside a few other draft breeds, including the Russian Draft. At present, the demand for this horse is still high mainly because of its massive size and free gaits. These horses are also used for milk and meat production. They tend to mature quickly and hence can be utilized for all possible purposes in a relatively short period of time. 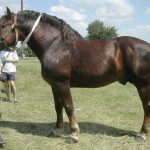 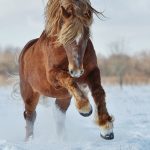 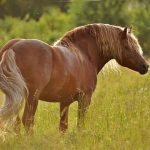 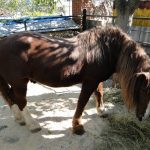 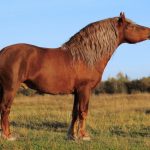 It was in the late 19th century that the Soviet Heavy Draft breed originated at the stud farm of Khrenovski in Voronezh Oblast, and it was during the time when there was a need of a heavy draft breed, and the Russian Empire had none. The requirement was primarily for powerful draft horses that would be suitable for agricultural works.

In 1885, three Brabant horses, a Belgium draft horse breed, were imported to Russia and were made to cross with the mares from different other riding-type and draft breeds viz. Suffolk Punch, Percheron, Ardennais, and Jutland.

Very soon, the breeding was transferred to a stud farm of Pochinki in Nizhny Novgorod Oblast, as well as in the stud farms of Gavrilov Posad, and the other one in Mordovia. Thus, the breeding range of this new breed gradually covered a vast region in the south-central part of Russia. This selective breeding led to the creation of a massively-built horse with free-moving gaits.

By 1895, there were 58, by 1950 around 400, and by 1945, there were around about 900 of these horses. With this success, the popularity of the Brabant studs spread rapidly, and they were soon employed in creating the Estonian and Lithuanian Heavy Draft breeds.

In 1952, the new Soviet Heavy Draft breed got its name and was officially recognized. By 1980, the total number of these new horses was around 35, 000, among which, approximately 4, 000 individuals were purebred.