The Spiti horse is a small-statured equine breed, hailing from the Himachal Pradesh region of the northern part of India. Attaining their name from the Spiti river, where they were bred, these horses were widely used as pack animals because of their ability to pursue long journeys while carrying heavy loads on their back quite comfortably. 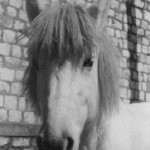 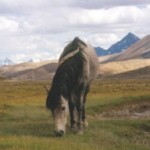 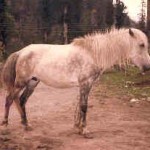 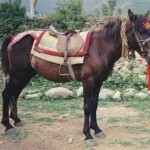 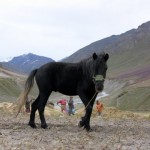 Though no concrete details have been provided regarding the evolution and ancestors of these horses, legend has it that this breed seems to descend from wild horses known as Kiang, inhabiting the Alpine regions of Spiti, Changthang region of Ladakh as well as the pastures of Tibet.  However, this perception was changed as the latter belongs to the ass family. In fact, these horses have a close resemblance to the Mongolian and Tibetan breeds that might even be their ancestors. An analysis of genetic diversity has closely linked them to the Zanskari horses, found in the Leh and Ladakh regions of Jammu and Kashmir. They are mostly found in the Kullu, Spiti, Kinnaur and Lahaul districts of Himachal Pradesh. However, these horses are not well adapted in thriving in very high altitudes. According to certain reports, the population of this breed was said to be around 4000 in the year 2004. In 2007, the Food and Agricultural Organization or FAO mentioned its conservation status to be “not at risk”. Lately, the Spiti horses have been marked as “endangered”. The breeding of these horses was done in a traditional way, where the villagers used a particular stallion to cover all the mares, with the stallions being changed every year.