The Sugarbush Draft is a relatively new breed of healthy and colorful draft horses that developed in the United States in the early latter half of the 19th century. Known for their strikingly spectacular coat and gentle disposition, these horses are still very popular in show events. 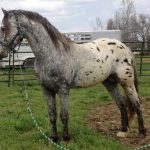 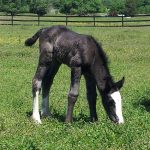 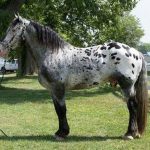 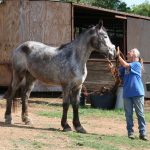 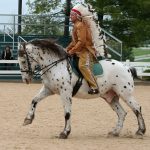 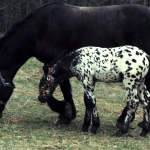 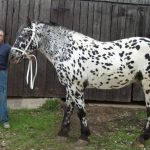 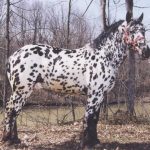 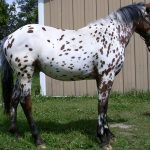 The Sugarbush Draft Horse originated after the cavalry of the United States forces began crossing the other draft horse breeds with the famous and ancient Nez Perce horses. The resultant strains that took birth proved to be sturdy, durable and useful and proved to be good plow and working horses. Thus, such kind of cross-breeding continued till the mechanization of agriculture throughout the world at the beginning of the 20th century.

Since then, the demand for draft animals declined to such an extent that these beautiful patterned and spotted equines were chosen for other works like pulling wedding carriages and carrying tourists from place to place. These services were conducted by several contemporary carriage agencies, one of which belonged to a man named Everett Smith.

It was Mr. Smith who came up with the idea of opting for even more pied specimens, which would help his business meet extraordinary success amidst competition. Accordingly, he searched and selected a few individuals that seemed to fit his bills.

Inspired by his own success, Smith took to a strictly-selective breeding program, choosing and crossing the best individuals from the Percherons and the Appaloosas, choosing only those which he felt to be abiding by the traits he desired.

Side by side, during the 1960s, yet another person named Michael Muir started a similar breeding program, experimenting with the patterned breeds, with an aim to create a harness horse with colorful looks. Eventually, both Smith and Muir collaborated for the common purpose, and the result, again, was a success.

In 1982, Smith felt satisfied with the result, and thus, the foundation of the first Sugarbush stock was established. The new breed proved to be extremely sturdy and durable and proved to be an excellent horse for draft work and riding purposes.

However, at present, the population of the breed is going down at an alarming rate, with only around a dozen stallions left for breeding.