The Taishuh is an extremely rare breed of Japanese horses that are almost on the verge of extinction, with a very few specimens left at present. These are very ancient horses that are known for their good nature, riding skills, and durability. 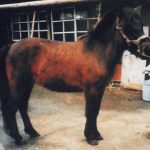 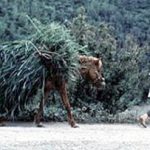 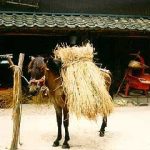 Also known as the Taisu horse, this ancient breed developed in the south-western region of Japan, in the Tsu or Tsushima Island. These equines had been used for centuries for light draft and riding purposes, dating back to the 8th century.

In 1920, there had been more than 4000 specimens of these horses. However, the count has gone down to less than 100 in the recent past.

Since 1979, this has been a ‘protected breed’. The conservation center for these horses situated in the Tsushima Island is also attracting tourists to visit and witness this rare horse breed.

The Taishuh horses are gentle and affectionate, and are eager to please their masters. Hence, these equines have extensively been used as in families with women and children for the purpose of riding. They are also highly enduring, with the capability of surviving in extreme weather conditions, and on little food.