The Yili Horse is a breed of small Chinese horses that originated in the 1900s from the north-western Xinjiang region of China. They fall under the ‘Mongolian type’ of horses, and were developed from the Russian stocks crossed with the native Mongolian breeds. They are not merely considered as riding and draft horse, but are also valued for their milk and flesh. The Yili horse has two major strains: the Kazak indigenous breed, and the improved Yili breed. 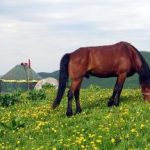 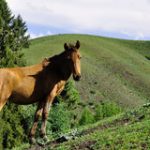 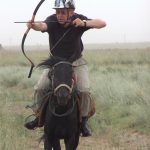 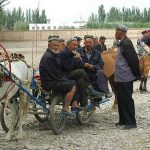 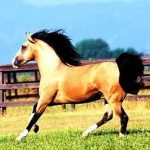 The Yili Horses evolved for the first time in China, in the mountain basin grasslands of the Yili-Kazakh Autonomous District. Stallions began to be imported to this area by the immigrants from Russia during the 20th century with an aim to improve the standards of the local Kazakh horses.

Again, in 1936, after the decision of the local government, other breeds of equines like the Orlov Trotter, the Don, and the Anglo-Don were also brought in for further improvement of the stock. The result was not of much success since the program did not yield quality horses through the second generation.

Later, in 1963, a suitable draft riding type was achieved for breeding, which finally resulted in the creation of the Yili breed. The Yili horses have been used for riding and driving, but were also bred for their milk and meat.

In China, the Yili horses are considered as a new breed, and have been classified as a ‘developed breed’. The Yili breed that was produced had great endurance and had the ability to travel long distances, and at a good rate of speed.