Found in Ladakh and Leh, in the Indian state of Jammu and Kashmir, the Zanskari or Zaniskari is a breed of mountain ponies or small-sized horses that are known for their sturdiness and the ability to work tirelessly at high altitudes. They exhibit similarities to the Spiti ponies and some Tibetan equine breeds. 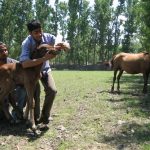 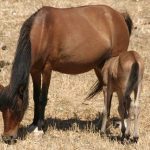 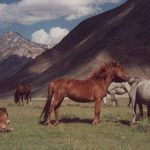 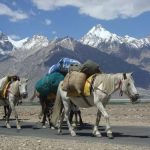 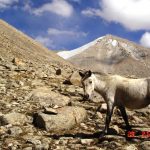 Scientific research was conducted in 2007 to study the genetic variation among Indian equine breeds, including the Zanskari horses. DNA analysis showed that there is a great genetic divergence between the Zanskari and the Marwari horses whereas other equine breeds including the Bhutia, Spiti, and Manipuri are closely related to the Zanskaris. The difference in physical as well as genetic traits between the breeds was ascribed to their differing ancestral lineages. While the Marwaris are the descendants of the Arabian horses, the Zanskaris are believed to have been influenced by the Tibetan pony.

Back in 1977, around 15,000-20,000 Zanskari horses were estimated to live in Leh and Ladakh. Although the FAO categorized the breed as “not at risk” in 2007, indiscriminate crossbreeding with unidentified ponies has reduced their numbers. Today, merely a few hundred Zanskaris are found in the valleys. A stud farm has been established at Padum, Zanskar in order to improve and conserve the breed through a selective breeding program and artificial insemination technique.