The Arravani Horse is a Greek horse that has extensively been used by the early Greek people throughout the world in the Greek space, especially for transportation and different agricultural activities. At present, this horse is still used in some mountainous parts of Greece for the latter activity. This breed is famous for its elegant looks, as well as its docile temperament, willingness to work, kindness, high level of intelligence, and love for human presence. These virtues have made them suitable even for children, beginners, and disabled people. Unfortunately, this breed is in danger of extinction and only about 200-300 of them are left in the world today. 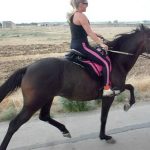 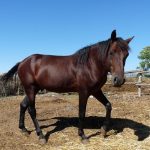 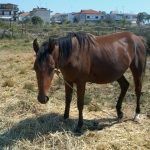 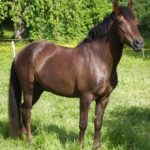 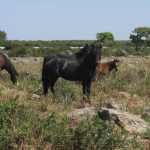 Initially, this breed was developed by crossing the Dorian ponies with the Thessalian horses from South Greece, and later, many other genes of other breeds were also added to its blood. After almost a thousand years, the Roman horses too contributed to their genes. All these genetic influences resulted in a sure-footed and robust equine, accompanied by a great demeanor.

Still later, the famous Arabian horses also lent their genes to this breed during Turkish trade, which again added some elegance and polish to it.

Since then, the Arravanis were extensively used by the local farmers for agricultural purposes and transportation through the rough mountainous paths for thousands of years. They gradually became well-known for their docile temperament, which was often portrayed while working high atop the mountains, since in such areas, panic-stricken animals had no choice to run.

However, unfortunately, with the introduction of vehicles and advancement of technology, the importance of these horses gradually started to diminish in the largely-rural Greece. This eventually lead to a decline in their numbers dramatically as the locals started to sell them off, as well as export them to Italy for meat production. This breed, at present, is hardly found in its native country and is facing the threat of extinction.