The Bakhtiari Horse was developed in Iran for the purpose of producing a mixed Arabian breed with stamina and high speed. These are highly adaptable equines that have extensively been used for racing and riding purposes. The historic Bakhtiari breed’s population had fallen greatly because of sickness, and never recovered their numbers fully until recent revival strategies were undertaken by local people. 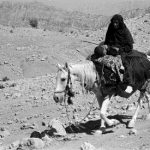 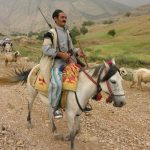 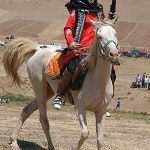 Primarily, these equines are bred by the Bakhtiari tribesmen that hailed from the Khuzestan Province of southern Iran. They were semi-nomadic people, and their livelihood depended on the survival of their herds of sheep, cattle, and horses. As a variant of Iran’s Plateau Persian horse, the Bakhtiari horse share a few basic conformation and heritage of the former breed.

Breeding the Bakhtiari horse began with Ali Saleh Khan Bakhtiari. It was during the times of Nader Shah Afsgar during the first half of the 18th century. In Iran, the local word ‘asil’ is used to describe the purebred Arabian horses. The Bakhtiari breed evolved from the different Arabian strains of these ‘asil’ breeds, including the Nesman, the Hamdani and the Khuhilan.

However, these individual strains have become so much mixed with the Bakhtiaris that they can no more be compared to any of these ‘asil’ varieties. Nonetheless, these new horses proved to be too sturdy, that could easily adapt themselves to the climate and the conditions of the areas they inhabited. This made them extremely valuable to their owners.

More recently, in the beginning of the 20th century, the stud of Sardar Mohtashem was considered the best in breeding the Bakhtiari horse.  In 1976, they were recognized by the World Arabian Horse Organization, though suspended presently because of the upheavels within the country.