Basuto Pony or Basotho Pony, although regarded as small horses because of their horse-like characteristics, is a breed of ponies known for their compactness, sturdiness, and long strides. The steep terrain and inhospitable climate of their native land have made them extremely hardy and capable. 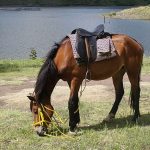 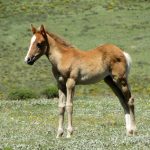 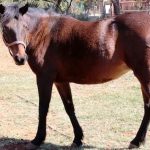 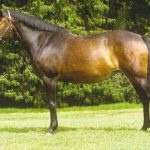 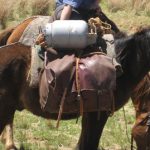 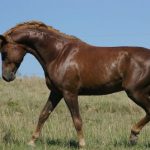 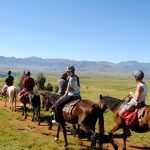 The origin of Basuto ponies can be traced back to the four horses that were brought to South Africa in the year 1653 by the Dutch East India Company. Even though the breeds of the imported horses are unknown, it is thought that those equines were similar to the Persian, Arabian, or the Java Pony. Persian and Arabian blood was later added to improve the traits of these horses.

The imported horses formed the foundation stock of the Cape Horse, an equine breed that gained a reputation during the Anglo-Boer Wars. The Basuto and Cape Horses were considered identical at the beginning; however, constant infusions of Arabian and Thoroughbred blood improved the height and quality of Cape Horses while the Basuto remained sturdier, heavier, and smaller.

The Basuto pony replaced the Cape Horse, as the latter gradually declined in its physical characteristics and nobility because of widespread crossbreeding with local ponies. The Basotho ponies became very popular for their courage, energy, and strength. The best Basutos were killed during the wars, and many were exported, which significantly reduced their numbers. The Irish and Lesotho governments are now engaged in a planned and coordinated effort to re-establish and preserve the breed.