The Camarillo White Horse developed in the United States of America during the last century and is known for its immaculate white coat and elegant movements. Over the years, this horse has become very famous and is a preferred choice as a parade animal. 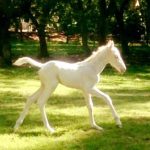 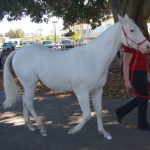 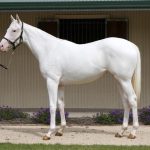 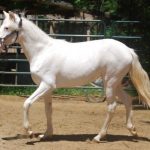 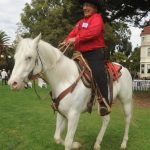 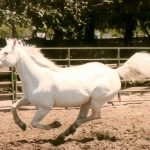 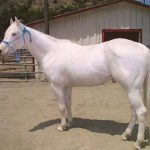 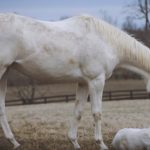 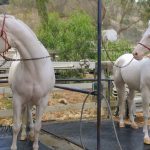 The Camarillo White Horse was created much recently, during the early half of the 20th century. It all began with a 10-year-old Spanish Mustang stud named ‘Sultan’ that a breeder Adolfo Camarillo bought in 1921 from the California State Fair in Sacramento for $500.

Sultan was made to mate with Morgan mares in the hope of retaining the pure white coat in the Camarillo Ranch in California. During this time, the Morgan horses were highly in demand as ranch horses, for which reason Adolfo chose the breed to mate with his stud. The breedings continued until 1958, the year Camarillo passed away. In the meantime, Sultan created a line of new horses, passing on its color genetics.

Soon after the death of Adolfo, his daughter Carmen took the responsibility and went on with breeding and taking the horses regularly at the parades. Carmen passed away in 1987, and according to the will made by her, the horses were all sold at a public auction.

Unfortunately, after being sold off, the new breed was almost on the verge of extinction, and by 1991, less than a dozen of them were left. With this dramatic crisis, the Camarillo White Horse Association came into existence in 1992 with a view to protecting the animals that were still left.

At present, the Camarillo Whites are being taken care of by private breeders located in the Ventura County. The breeders are dedicatedly involved in the preservation of these horses and regularly taking them to horse shows and parades.

In order to ward off chances of inbreeding, the official registry of the breed has opened a stud book which makes it mandatory that at least one of the parents of the Camarillo is from the original stock, though the other parent can be from different breeds like the Standardbred, the Andalusian, etc. The registry also maintains an independent record of the non-white foals created from the bloodlines mentioned above.