The Spanish Mustang horse, developed in America, belongs to the Colonial Spanish horse group (rare in Spain) and is said to be a direct descendant of equine breeds brought from Spain when explorers from there made their journey to the New World. Their immense stamina and agile nature make them useful for endurance riding as well as in several competitions. 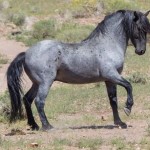 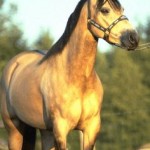 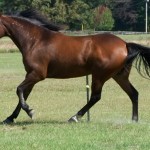 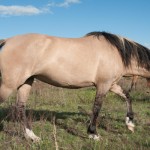 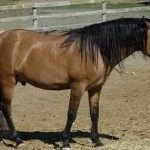 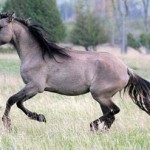 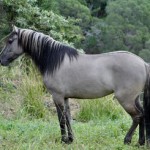 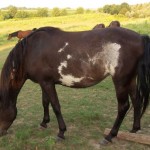 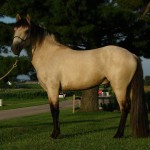 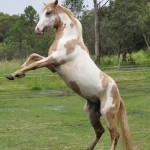 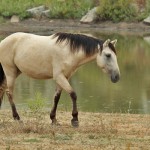 The Colonial Spanish horses started evolving from the breeds which were brought to the United States from the Iberian Peninsula when the Spaniards began setting up their colony of New Spain (present-day Mexico and Central America). During the 16th century, these horses gradually crossed the Rio Grande area and spread to the northern parts of America. However, as time went by several tribes like the Comanche, Apache, Shoshone and Utes, indulged in trading these breeds to other tribes dwelling across the Rocky Mountains and Great Plains region.  The lost or stolen horses formed feral herds of their own, with the strongest ones surviving.  Such wandering horses were categorized under the name of “mesteno” (a Spanish word), meaning “in the wild” or “feral” in English.

As there was a decline in their number, with most of them slaughtered brutally during the latter part of the 19th century, attempts were made for preservation. The Spanish Mustang seemed to be one of the early breeds who were a part of this conservation program of protecting the Spanish horse’s descendants. The people responsible for taking this initiative of preservation include Robert.E Brislawn (Osoto, Wyoming), his brother Ferdinand.L Brislawn (Gusher, Utah) as well as Ilo Belsky and Gilbert Jones. They went on to choose the horses with a Spanish ancestry from a large number of Native American herds, and feral Mustangs, roaming in the Nevada ranches also available in Ute and Northern Cheyenne. The foundation stallions were Ute and Buckshot, full brothers by relation, parented by Monty (a buckskin stallion), the dam being a mare attained from Ute. However, Monty escaped into the wilds in 1944 along with his mares and could not be brought back. However, his colts had remained, becoming an integral part of the “Cayuse Ranch Spanish Mustangs”. The Spanish Mustang of the present times is different from the feral Mustangs wandering in the wild, as the latter group not only had Spanish blood but also were descendants of the domesticated horses that roamed in the wild. In fact, the free roaming mustangs are protected and managed by the BLM (Bureau of Land Management). The early twentieth century saw a significant reduction in the size of the huge-statured Mustangs. They are known to possess the ability to carry about 30% of their body weight, being immensely suitable for carrying children and elderly people.