Named after its place of origin, the Colorado High Plains, the Colorado Ranger is a breed of American horses developed for its ability to perform a diverse set of activities. Despite its physical resemblance, the Colorado Ranger differs from the Appaloosa because of its unique heritage. However, Ranger horses may be double-registered with both the US and Canadian Appaloosa Horse Clubs. 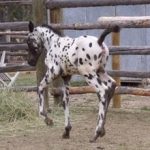 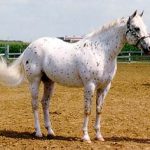 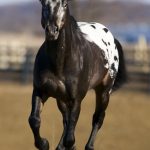 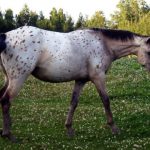 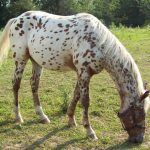 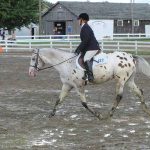 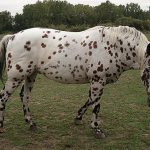 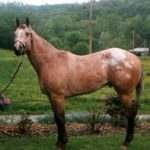 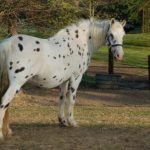 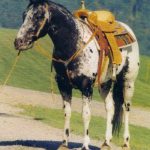 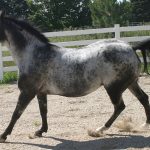 The Rangerbreds trace their ancestry to two stallions, a gray Arabian named Leopard and a Barb called Linden Tree, both of which were brought to the US by President S. Grant as a present from Sultan Abdul Hamid of the Ottoman Empire in 1878. When they reached Virginia in 1879, the two stallions caught the attention of a renowned American breeder, Randolph Huntington who used them for refining his breeding herds. In 1896, the two horses were leased to General Colby, a friend of Ulysses S. Grant. He used the stallions to mate with several mares on his Nebraska ranch and successfully produced high-quality ranch horses.

Consequently, several Colorado-based ranchers purchased some mares and a stallion from General Colby’s ranch and crossed them with ranch horses. Many of the descendants exhibited spotted coat patterns, which gradually became the goal of the breeding program. Two stallions, including the leopard-patterned Max and the Barb named Spotte had a great influence on the development of Colorado Rangers.

In the 1930s, Mike Ruby from Colorado acquired Patches, an offspring of the Colby ranch stallion, and Max, the spotted stallion for use as foundation sires. While breeding Rangerbreds, he kept records of each horse, which was later used by the breed association for making pedigree reports. In 1934, he brought two stallions named Fox #10 and Leopard #3 to display at the Denver Stock Show. During this show, the faculty of the present-day Colorado State University coined the names Colorado Rangers and Rangerbreds.

Ruby leased many horses to ranchers in the Western US, and through this breeding program, the Ranger horses were influenced by Appaloosa, western stock horse, and Quarter Horses. He established the Colorado Ranger Horse Association in 1935 and was granted a charter for his organization in January 1938. As reported in 2005, more than 6,000 Rangerbreds were registered with the horse association.