The Estonian Draft developed in Estonia (in the then USSR or Soviet Union) mainly for agricultural uses.  Also called the Estonian Arden, this breed has a very high demand unlike most of the other draft horses, though their current population is not much high. At present, about 40 Russian farms breed these horses, among which, around twelve are major producers. 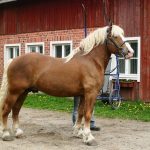 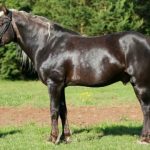 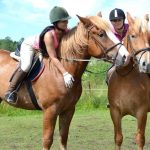 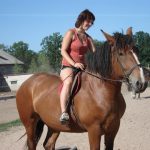 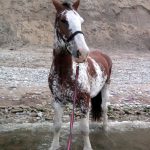 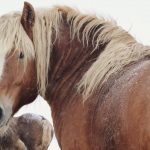 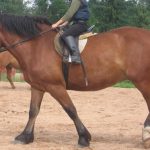 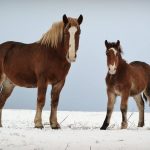 The Estonian Arden was created by selective breeding by crossing the Estonian Native Horse mares with Sweden’s heavy horse breed Ardennes that were larger in size than the former. Because of this mating, the new draft breed got its other name – Eston-Arden.

The breed was developed with the aim to create such a horse that would be not only large and sturdy but also easy to keep, have an even temperament and the ability to move quickly.

The animals of the parent stock that were selected for breeding purposes needed to be lean (but not massively built), but with a considerable size and proportions, and must have an efficient metabolism. They also needed to have a willingness to work and a calm temperament. Eventually, their offspring were in turn crossed to maintain the desired genetic qualities.

The result was a success, and the new horse that was created proved to be an efficient work horse, with a robust and broad structure, excellent endurance, and an even temperament.

The studbook for the breed was established in 1921, with the government of the country officially recognizing the breed in 1953. Because of its high demand, breeders began to cross these horses with other strains, and by 2004, there were only eight pureblooded brooding Estonians Drafts remained, with only 14 purebred foals being born from this stock.

Currently, the count, however, is rising, and as of 1st January 2009, there were 233 registered animals that include 6 breeding stallions and 84 brood mares. At present, the Estonian Horse Breeders’ Society has undertaken the preservation of the Estonian Draft. The breed has been declared as endangered by the Estonian government.