The Swedish Ardennes Horse is a breed that was developed crossing the Ardennes horses from Belgium and France with the North Swedish Horse. For many years in the past, the horse was a primary force of Sweden’s horse breeding industry. A close and careful breeding practice has produced a strong and enduring breed that has been highly popular in its own right. 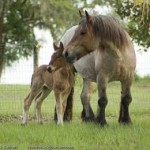 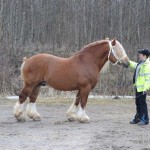 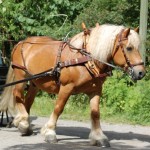 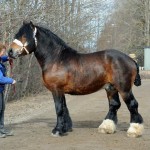 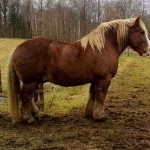 It was back in 1872 that the first Swedish Ardennes horses were introduced. In Sweden, Count Carl Gustaf Otto Christian Wrangel started to import these horses in an attempt to create heavier horses in the country in order to meet with the demand of the farmers for horses suited for agriculture. Wrangel began by acquiring 3 stallions and named them Faro, Railleur, and Ardenne.

Later in 1874, he again imported mares named La Mere and Rigolette to Blomberg in Skaraborg County, and added the foundation to the breeding stud.

By 1880, almost the whole of central and southern regions of Sweden was overtaken by the Ardennes horse breed. These heavier equines were crossed with the horses from the countryside of Sweden. The horses that were developed therefrom were extremely energetic and had a long life. The effort was so successful that a stud book was opened in 1901 dedicatedly for the Swedish Ardennes.